With Covid-19 under control, the Chinese economy is bouncing back rapidly. And its making the west is wary.

Amidst global ‘second wave’ fears of the Coronavirus pandemic, China is showing signs of economic recovery, causing new international worries about dragon ascendancy. According to official figures released by the Chinese National Bureau of Statistics, the world’s second-biggest economy saw a growth of 4.9% between July and September, compared to the same months last year. While the number is still below the economists-projected 5.2%, the gap is minuscule. The strong growth brings China close to the pre-pandemic numbers of 6% it was reporting before the virus struck. 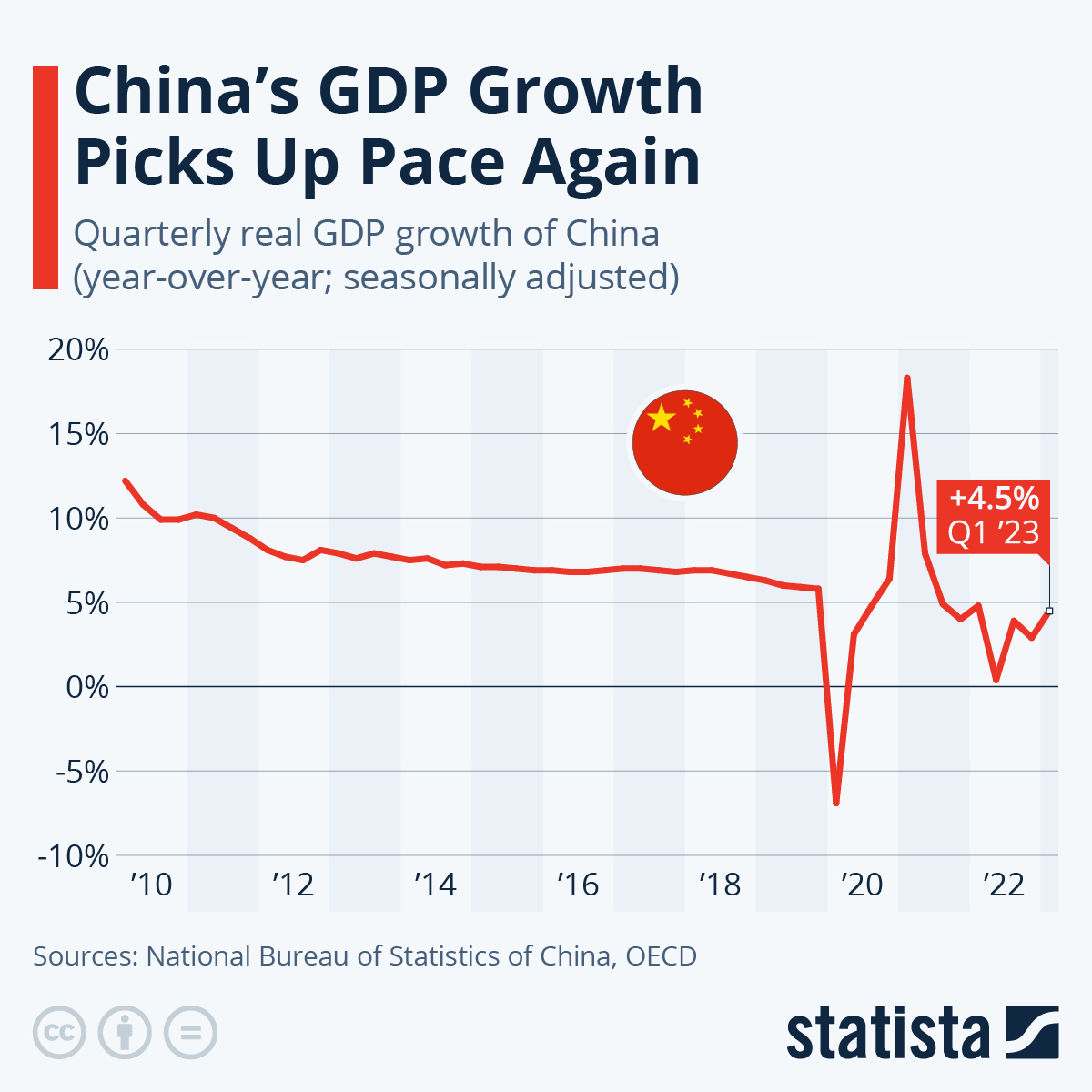 In the first three months of 2020, the Chinese economy shrank by 6.8% as a nationwide shutdown of factories and manufacturing units was announced. It was the first time since 1992 that China’s economy had contracted so significantly. While the pandemic has certainly hampered this year’s growth targets, China’s trade war with the US has also hurt the economy. Nevertheless, the resurgence is fast and well-paced enough to draw global attention. And although there is some skepticism about the accuracy of the official numbers, the quarterly figures when compared to the same quarter of 2019, do show that recovery is gathering pace.

China’s resurgence is fast and well-paced enough to draw global attention and cause new international worries about dragon ascendancy.

As most of the economic superpowers across the globe grapple with deaths, unemployment, recession, stagnation, natural calamities and medical insufficiencies, even as a second wave of the virus revives fears, China seems set to enter 2021 stronger than it was in January 2020. While stating that the economy “continued the steady recovery,” National Bureau warned, “the international environment is still complicated and severe.” It said China faces great pressure to prevent a resurgence of the virus. The economic resurgence is complemented by its medical recovery as well.

China, with a population of 1.4 billion, now records around a dozen Covid-19 cases daily. This contrasts starkly with the US, India and Europe which face an accelerating wave of cases. The New York Times, quoting, Justin Lin Yifu, a cabinet adviser and honorary dean of the National School of Development at Peking University said, “The vigorous expansion of the Chinese economy means that it is set to dominate global growth — accounting for at least 30 percent of the world’s economic growth this year and in the years to come.”

As other economic superpowers grapple with deaths, unemployment, recession, and even as a second wave of the virus, China is set to enter 2021 stronger than it was in Jan 2020.

A lot of the credit for China’s economic recovery goes to massive investments in infrastructure projects at home — construction of highways, high-speed train lines and other such infrastructure. In addition, domestic spending by the few affluent classes in China has also seen a surge over the last few weeks. The wealthy living in export-oriented coastal provinces were the first to start spending again. However, activity is now reported to be resuming even in virus ground zero Wuhan where restaurants are now seeing long queues once again.

It is not all rosy. Alongside the recovery, China’s overall debt is seeing a huge surge. Much of the extra debt accumulation is local governments and state-owned enterprises borrowing to pay for new construction, or mortgages taken out by households and companies to pay for apartments and new buildings.

Alongside the economic bounce back, China is seeing a huge surge in its overall debt.

Another downside to China’s recovery is its heavy dependence on exports. Exports have accounted for a sizable chunk of economic growth. They still constitute over 17 percent of China’s economy; a number more than double the proportion of exports in the US economy. Beijing recognizes that the country’s exports are becoming more and more vulnerable to geopolitical tensions, including the from US President Donald Trump’s moves to unwind trade relations between the United States and China.”

Global Unease About A Future Led By China

While the surge in exports is seen as a positive by other countries, a healthy demand in a major economy gives the west’s beleaguered companies a chance of selling luxuries and other products.

Yet the world is worried. And there two major concerns:

Firstly, as people in other countries continue to turn to China for products during the pandemic, experts like Michael Pettis, a finance professor at Peking University foresee “a resurgence of trade conflict, and not just U.S.-China, but global”. But there is another greater worry.

China’s resurgence amidst global recession suggests it is set to dominate global growth. Beijing’s model for restoring economic recovery while effective, is not attractive to the social-political fabric in other countries.

China’s overwhelming surveillance machinery that was used to ensure infected people are tracked and monitored closely has been touted as the most effective way to deal with the virus. The fear is that the near-dictatorial high-handedness of Beijing is being ignored, as is the persecution of its Uighur minorities in the wake of its response to the pandemic, its economic recovery and its stand on ensuring poor nations get access to vaccines.

According to Edward Lucas writing for the Daily Mail, the threat “is on our doorstep now. China is bent on becoming the world’s most powerful country by 2050. It already tries to control our media, universities and publishing. In other countries it intervenes directly to influence the political system.” The question is:

Does the world succumb to the threat of a resurgent Chinese empire or does it hold its own and expands on the trade wars to curb the rising dragon?

Education: Jawaharlal Nehru University, New Delhi | Manjari is a senior content communications specialist who has worked extensively across print, broadcast and digital media. She has held key leadership positions in international media and publishing organizations. She writes extensively on sociopolitical and cultural issues.

Exposing Arnab Goswami And His 7 Most Cringeworthy Debates (2020)