Parscale Out — Can A Trump 2020 Reboot Save Donald?

President Donald Trump has replaced his Campaign Manager Brad Parscale for his deputy, Bill Stepien. This drastic decision has come through just 106 days ahead of elections and less than two months before the state of Pennsylvania offers early voting. What was the reason behind this change and is Trump 2020 changing gears?

The story begins in late June, from Tulsa, where US President Donald Trump held his first campaign rally since the US coronavirus lockdown began. The event which was held in Tulsa’s Bank of Oklahoma Centre had rows of empty seats despite claims of nearly one million people registering for the event. It turned out to be a huge humiliation for Trump and his vice-president Mike Pence who were prepared to speak at “outdoor overflow”.

The event was put together by Brad Parscale, who blamed protestors and the blocked security gate for the lack of attendees amidst the rumors of K-Pop fans foiling attendance at the rally.  He also blamed the media. “The fact is that a week’s worth of the fake news media warning people away from the rally because of Covid and protesters, coupled with recent images of American cities on fire, had a real impact on people bringing their families and children to the rally,” he said.

Empty seats at the Tulsa Rally turned out to be a huge humiliation for Trump and Pence who were prepared to speak at “outdoor overflow”.

Parscale’s statement didn’t change much as he was more or less blamed for the poorly attended rally by Trump’s inner circle, including his daughter, Ivanka Trump and son-in-law, Jared Kushner. The President’s Facebook post said “Brad Parscale, who has been with me for a very long time and has led our tremendous digital and data strategies, will remain in that role while being a Senior Advisor to the campaign,” Trump said. “Both were heavily involved in our historic 2016 win, and I look forward to having a big and very important second win together,” he added while handing the baton to Bill Stepien. It is interesting to note Bill Stepien was campaign manager to former New Jersey Governor Chris Christie, who was involved in the Bridgegate scandal in 2016. He was Trump’s field director the same year.

Are ya winning, son?

Trump expressed, “This one should be a lot easier as our poll numbers are rising fast, the economy is getting better, vaccines and therapeutics will soon be on the way, and Americans want safe streets and communities!”

Despite what the President says — that he’s struggling through one of the worst moments of his presidency and his re-election campaign is suffering alongside, his own Republican allies have begun to share concern publicly about Trump’s political strategy, inconsistent leadership, and disastrous handling of the pandemic. His credibility is in jeopardy with multiple polls suggesting that majority of voters, including Republicans, simply don’t believe in what he says about the COVID-19 pandemic.

Trump’s campaign till now has been boosting his own voter base while trying to feed Biden supporters with a flood of negative advertising. Trump 2020 campaign has also reserved $146 million for television. The vast majority of these ads are going to must-win states like Florida and Ohio he carried four years ago. Trump’s reelection campaign has been repeating the same tune from the 2016 campaign, but, the President made more than a few switches this past week.

Trump was seen wearing a mask first time in public a week back. He even tweeted a picture of himself essentially saying wearing masks is patriotic. On June 21, the President addressed the pandemic and its growing severity in the States as he resumed his Coronavirus briefings which he called off in late April. He endorsed wearing masks and said, “It is probably gonna get worse before it gets better”. This is in complete contrast to his earlier dismissive attitude with claims that the virus was just like the flu. The briefing was very disciplined and concise compared to his earlier ones in April where he fought with reporters and made claims like consuming bleach to cure the virus.

The reason behind this might be the 74% surge in new cases in states which voted for Trump when compared to the first half of April when 67% of infections were recorded in states that had voted for Hillary Clinton in 2016.

Too little, too late?

Trump might have realized that his main opponent this election is not Biden but the coronavirus. But is it too late? 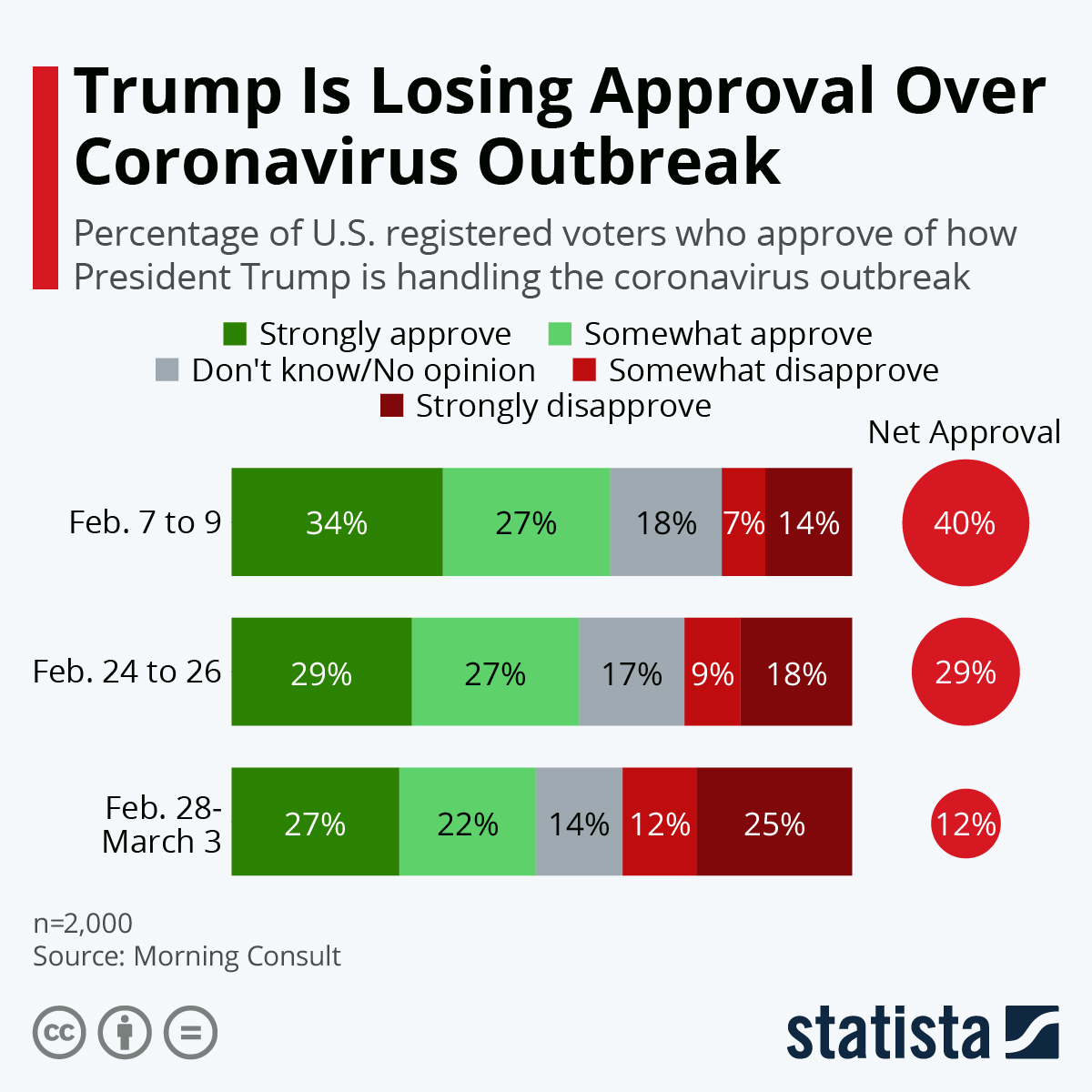 The virus seemed to have brought down his ratings more than any other factors and attacked one of his major strengths, the economy. But it’s unlikely for the economy to jump back before the elections. So, what is the future for Trump 2020? We never know. Despite what the polls say, the elections are still far from over. Donald Trump surprised spectators with his election in 2016, so, we never know what we might be seeing this year.

Why Mary Trump’s Tell-All, Or Any Other Tell-All, Won’t Be Donald Trump’s Nemesis