Historically, the wealthiest in the society aspire to own Media Houses – for 1) Access, 2) Influence, and 3) Thought Control. But there are new motivations spurring media acquisition by billionaires in the 21st Century.

Having influence over the circulation of information among the masses is an age-old desire of the society’s elite. News – as we know it – first matured into its current form with the invention of the Gutenberg Press. Daily bulletins could be mass produced on cheap paper and spread across cities and even international borders. Then came the first media moguls, Joseph Pulitzer and William Randolph Hearst. The two publishers revolutionized the newspaper industry. More people than ever were consuming news. Sensationalism was born and yellow journalism brought in money to editorial coffers like never before.

Traditional Media Empires — Newspapers, Journals, Magazines, and now Digital Media Houses – News Websites, Blogs, Video Channels, Podcasts, are not just mouthpieces of the society’s culture but also a crucial fourth pillar of the country’s institution. While the news industry has gone through many disruptions over the centuries, its relevance and importance to the growth of collective intelligence remains firm.

Watch: A Brief History of News

Today, there are billionaires in the world, like Michael Bloomberg and Rupert Murdoch, who made their fortunes through multinational news empires encompassing many media houses.

Asian billionaire Jack Ma’s Alibaba owns the South China Morning Post. The list is endless. But what’s more important is understanding the billionaire motivations and why they invest in owning and controlling news outlets and media houses.

Traditionally, there are some constant motivations behind why billionaires invest and acquire complete or partial stake in media houses:

Controlling and directing the Public and Policy Discourse is something that becomes necessary with growing prominence in society. More wealth and assets bring along increasing need to influence the general direction of thought. Wealthy businessmen often use media houses as mouthpieces to sway the political narrative in their favour. This linked to brand image. It could also be to gain new government/ private projects or ensure business-friendly policy landscape in the country’s parliament.

Appreciation of the Institution

Journalism is the crucial “Fourth Pillar of the Society”. The primary task of the news industry is not to sell more and make huge gains but to keep a check on the three primary pillars of any democracy i.e., Executive, Judiciary and Legislature.

Wealthy are the Patrons of all Art Forms. Media is a mix of all art forms. Moreover, stewarding talent brings immense pride. Over decades news organizations have evolved to supply the society a constant dose of information and entertainment. This is accomplished with the help of talented reporters gathering information and editors shaping it for the masses. Furthermore, there are cartoonists, artists, copywriters and designers who bring in the lure. In the recent decades, with TV, audio and internet news, the diversity talent in news organizations has grown. Today news organizations are the front pages of human culture.

Supporting media and journalism is also seen as a gesture of giving back to the society after an individual has climbed the highest peaks of success. Furthermore, attaching their names to prestigious media houses brings respect, fame, prominence, and position to the wealthy elite. So for individuals at the top of the pyramid, supporting free speech and independent media has been seen as a respected act mirroring philanthropy.

New Motivations in the Digital Era

In the Digital Era, the economy of information has undergone a paradigm shift. Hence, as social connections grow and stimulate the collective thought process, disruptive independent media has created a niche for itself and a huge potential piece of the profit pie. Younger digital native generations, the Millennials and Gen Z – are more inclined towards to new forms of news rather than only traditional media. The trend is noted in global advertising market as well, where two-thirds of ad spending is not on digital platforms. 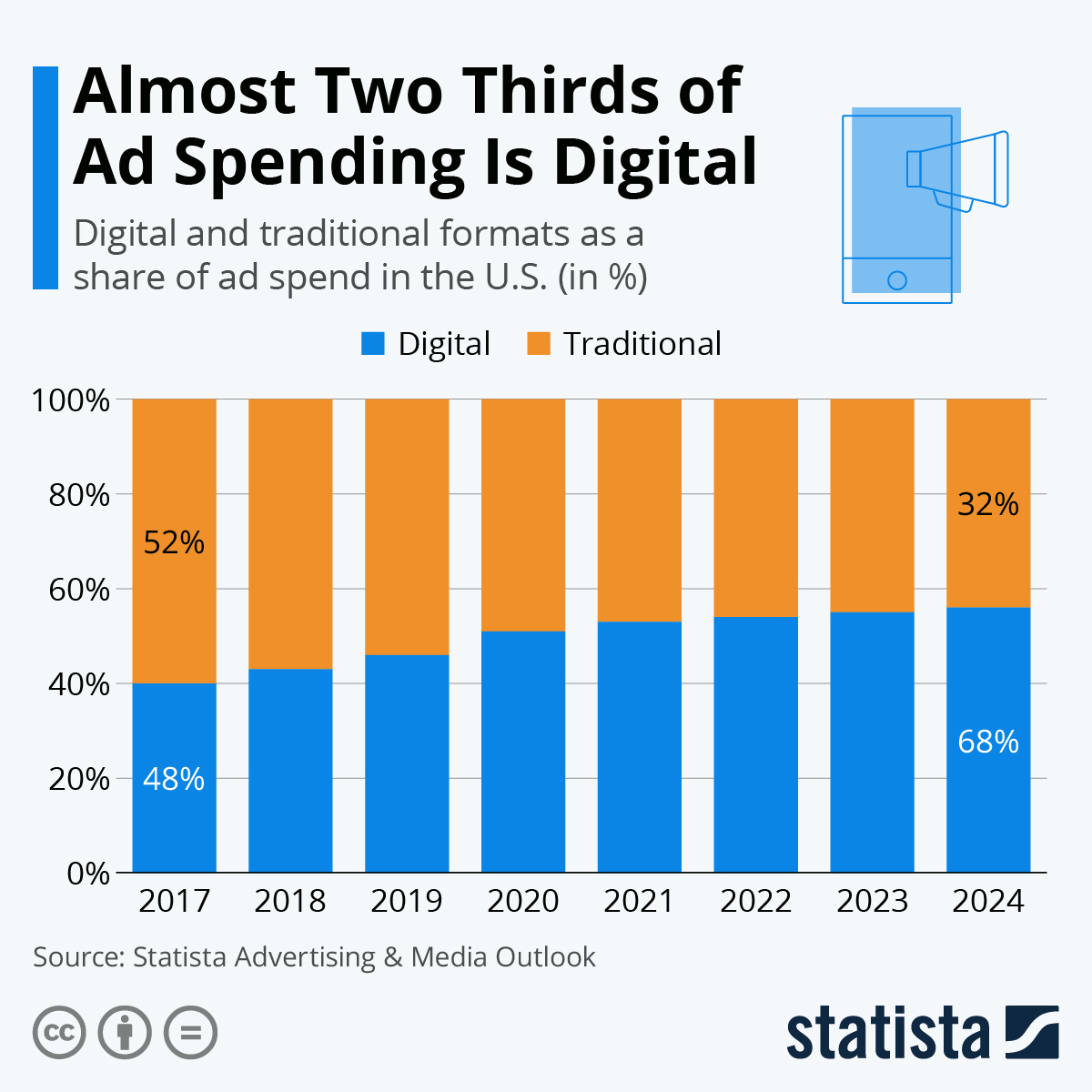 This has seen the rise of new motivational factors for billionaires as to why they should invest in young, growing digital media houses and news platforms:

The Future of Business

Digital is the future of the economy, money and trade. Digital Media houses are platforms of social convergence. They can also be developed into new markets for products and services powered and brought about by latest technology.

Related: The Global Digital Economy, Spearheaded By Millennials And Gen Z, In 2021

Upside and Downside of Billionaire Media

The influence of businessmen over the day-to-day editorial activities of media houses they fund is generally frowned upon. However, billionaire ownership has come to the rescue of media houses on a number of occasions. Jeff Bezos’ gave funds restored the crumbling infrastructure of The Washington Post, one of America’s most important news outlets. However, media houses connected to billionaires often subdue negative reportage or ignore critical moves that may cause harm to parent business.

Watch: Jeff Bezos tells why he bought The Washington Post

On the other hand, billionaire patrons can ensure that media houses can function free of government influence and market disruptions. Such privately-held media houses backed by private wealth have a better track record compared to state-owned news media when it comes to crucial reporting on freedom, human rights and other global issues.

Bitcoins Are So 2011, Space Stocks Are The Investment Goldmines Of 2021