Bidenism — How Different Is It From Trumpism?

Observers believe that Biden will ultimately be compelled to follow policies similar to Trump due to global geopolitical dynamics, and the overall economic narrative within the US.

Even certain Democrats believe that President Joe Biden, an establishment man, is unlikely to deviate significantly on crucial foreign policy issues. Moreso, given the pressure from important lobbies. Republicans, on the other hand, believe that Biden will be like any other Democrat President.

During his one month in office, Biden has spoken about strategic threats which the US faces, especially emphasizing on China. He has also spoken on the need for Washington to work jointly with allies to counter these threats. Biden’s early messaging highlights the importance of multilateralism to deal with the multiple challenges afflicting the American interests in the world today.

In such a situation, it is quite valid to reach the conclusion that Biden’s policies may essentially not be very different from his predecessors including Donald Trump. The question then is — will ‘Bidenism’ be a complete transformation like Trumpism, or are we going to witness only incremental tweaks?

The importance of the recently released White House security guidance, signed by President Biden, lies in the realization that a different world needs different solutions. Apart from Biden’s earlier statements and speeches, the Interim National Security Strategic Guidance released by the White House provides some interesting insights into the likely approach of the Biden Administration. More specifically, it gives vital insight into the President’s own approach towards dealing with external and economic challenges.

To begin with, Interim National Security Strategic Guidance focuses on the need for new solutions for today’s problems. Says the White House release: ‘We cannot pretend the world can simply be restored to the way it was 75, 30, or even four years ago. We cannot just return to the way things were before. In foreign policy and national security, just as in domestic policy, we have to chart a new course’.

This is a clear answer to those who believe that Biden’s policy will either be an extension of President Barack Obama’s policy approach or that Biden will not deviate significantly from Trump’s tactics. The realization that we live in a different world which requires different solutions is important. It is essential for pragmatic, hard-nosed yet wise policies – foreign and domestic.

If one were to look at the foreign policy realm, these are still early days to understand Bidenism. The classified intelligence report recently released by Biden Administration clearly implicates Saudi Crown Prince Mohammed Bin Salman in the gruesome murder of Saudi journalist Jamal Khashoggi. Biden has also been extremely critical of MBS. However, Biden has not imposed sanctions against him.

Similarly, with regard to the Joint Comprehensive Plan of Action or the Iran Nuclear Agreement, Biden and US Secretary of State Antony Blinken have categorically stated that the US will not rejoin the JCPOA, until Iran reaches full compliance. This approach may come as a surprise to many Democrats who backed the deal. These Democrats have been in favour of US rejoining the JCPOA unconditionally.

Biden’s decision not to impose sanctions against MBS is driven by US’ long-term strategic interests in Saudi Arabia. Furthermore, going whole hog against MBS would have only increased tensions with Riyadh. That would have been against Biden’s emphasis on engagement and diplomacy. The INSSG too speaks about ‘diplomacy’ being the first preference.

The Guidance released by Biden Administration acknowledges the importance of partners. Noting the security threats faced by the region, it sends a clear message that no partner in the Middle East can dictate US policies. This is also important for understanding some of the important decisions taken by Biden with regard to the Middle East.

Biden has taken some important decisions with regard to sending a strong message to Saudi Arabia. He has also expressed US concerns on critical issues to Saudi monarch King Salman. However, Biden left enough space for back channel engagement on critical issues, including those pertaining to Human Rights. Even with Iran, Biden has not deviated from his earlier demand of reaching full compliance. Nevertheless, the US has given some relaxations on sanctions to Iran in order to keep the door open.

Watch: How different will Bidenism be from Trumpism on Foreign Policy?

While emphasizing on diplomacy, the Biden’s early guidance also performs a number of balancing acts. Firstly, it keeps Democrats who have a strong stance on national security issues happy. The release emphatically states that US will never refrain from using force, where it is necessary. The INSSG, while pitching in favor of globalization, also reaches out to an important constituency in the American ‘Middle Class’. It makes the point that trade and international policies should ‘serve all Americans’ instead of a handful people. In doing so, Biden is reaching out to a section of working-class voters. These voters may have moved away from the Democrats in 2016, but returned in 2020.

Another important point where Bidenism seems similar to Trumpism and even Obama is the approach towards issues like Afghanistan. The document states that US would not like to be embroiled in ‘forever wars’. It highlights the impact of such wars on the economy. Here too, the Biden administration attempts to reach out to more ‘inward looking’ Democrat voters.

Biden, an establishment man, is often criticized for being ‘centrist’ by far left Democrats. Biden’s first security and policy guidance sends out a message of ‘America is Back’ and ‘Diplomacy is back’. However, it also lays emphasis on US interests both in the strategic and economic sphere. Nevertheless, Biden’s China plan has had a mixed response so far. 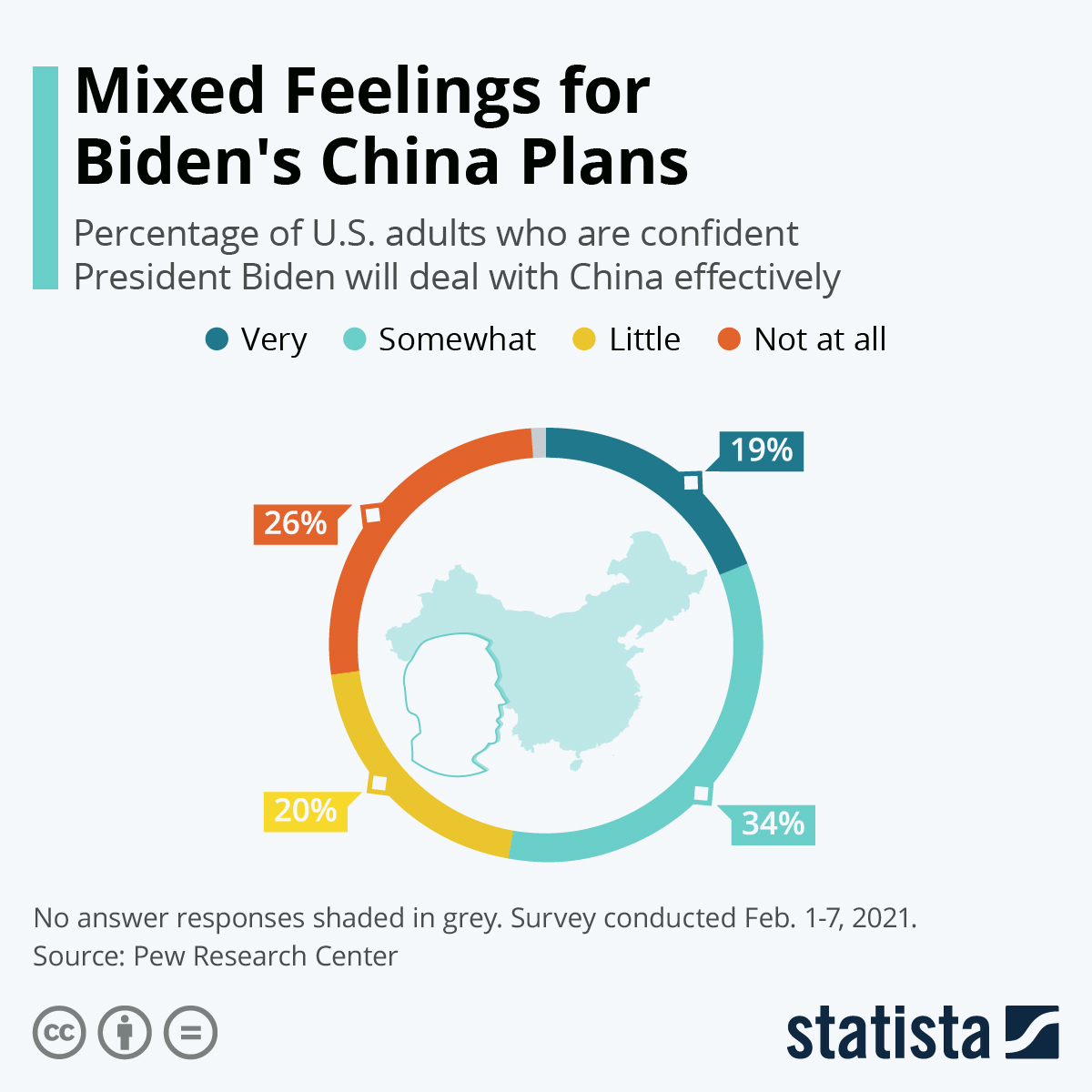 Biden has sought to send out a message that US will not be isolationist anymore. Instead, both the foreign policy and economic policy of his administration will give first priority to US interests. Domestically too, he has tried to reach out to different sections of his party. Biden faces the challenge of striking a fine balance between ‘internationalism’ and domestic focus. On the other hand, he has to manage the left and right within his own party. It is tough to predict the future course. But Bidenism seems on the right track compared to Trumpism, going by his speeches and the INSSG.