Early Outlook: What Biden’s Presidency Means For The Indian Economy

Biden is expected to be less obtrusive and could roll back sanctions that were imposed by Trump to push India to cut-back on heavy import duties on certain American goods.

Arguably, the most torrid presidency in the history of the United States of America has come to an end. Joe Biden is now president. If social media trends are anything to go by, the world heaved a collective sigh of relief after Biden’s January 20th inauguration.

With most countries grappling with economies battered by the raging COVID-19 pandemic, all eyes are now on Biden to build a constructive path for the US to lead the way in helping the world economy out of this sticky spot. India is no exception to that trend.

What makes the economic relations between the two countries a curious proposition is the fact that India is one of the countries where the US grapples with a trade deficit. And it won’t be surprising to see Biden take an America-first approach, focusing on rebuilding the economy on the home turf.

So, what can be the expected impact of this new presidency on the Indian economy?

The Sticky Subject of Trade Deficit

A recent CARE Ratings analysis shows that the US has always had a trade deficit with India in the past 20 years. This means we export more goods to the country than we import from it. This trade deficit peaked at $21.2 billion in the financial year 2017-18, causing it to expand from $5.2 billion in 2001-02 to $17.3 billion in 2019-20. In addition to goods, India also accounts for almost 5 percent of services imported by the USA from across the world. In 2019, the value of services India exported to the US stood at $29.7. 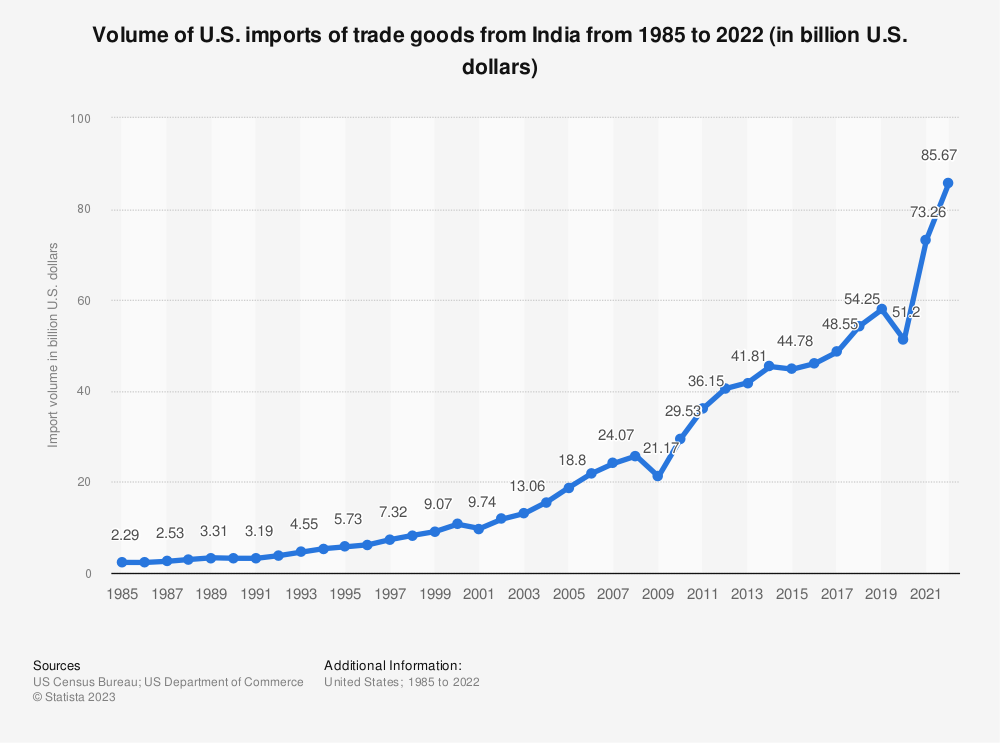 Despite the bromance between the leaders of the two countries, this issue remained a key point of contention between the Indian government and the Trump administration. This has been the reason behind a dip in India’s export to the US since 2017-18. In keeping with his zero-sum approach and in a bid to level the playing field on the export-import front to make the trade relations equally beneficial for both countries, the Donald Trump administration imposed escalated tariffs on Indian goods as well as removed India from the Generalized System of Preferences (GSP) program in 2019, designed specifically to allow developing countries to ship goods to the US at reduced tariffs.

Biden is expected to be less obtrusive on the trade relations and could roll back these sanctions that were imposed by the Trump administration to push India to cut-back on heavy import duties on certain American goods. 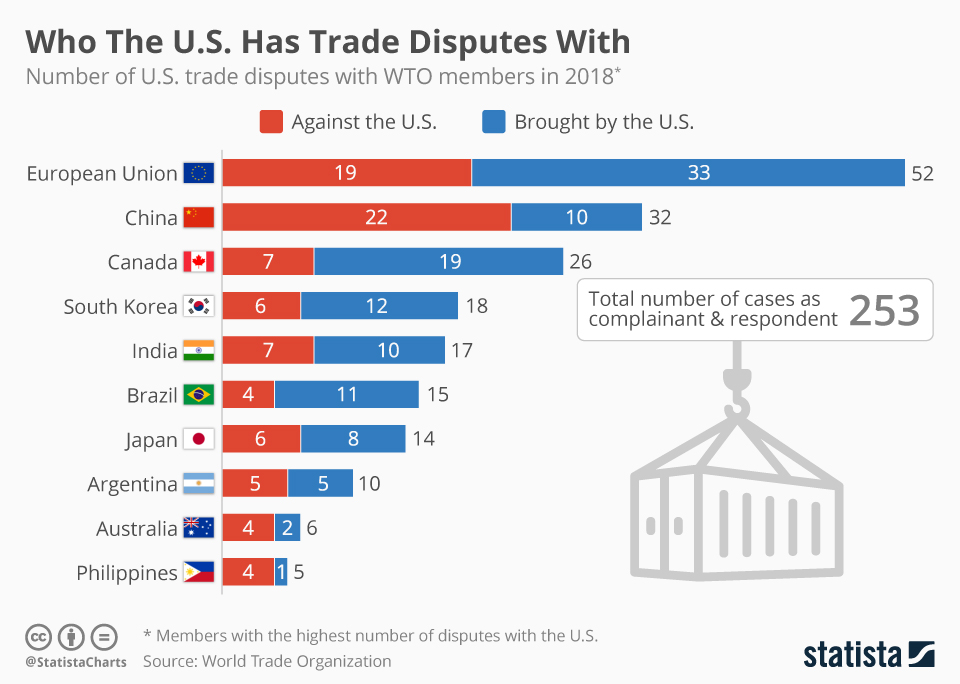 In a Biden presidency, we could also see a greater emphasis on a rules-based system for trade in sharp contrast to the ad-hoc approach taken by his predecessor. All in all, the Biden administration’s willingness to rebuild trust and strengthen diplomatic relations with India will give a boost to the export sector.

Related: Trump Is Back! But His Target Is Not Biden

A Trade Deal on Hold

On the flip side, the inauguration of the Biden presidency could delay the ‘limited’ Indo-US trade deal that was expected to cover 15% of bilateral shipments, amounting to an annual trade of more than $13 billion. The new administration may seek to review the broad terms, including the already settled issues, before giving it the go-ahead.

The deal was being touted as a precursor to a broader free trade arrangement between the two countries. Restoration of duty benefits and re-entry into the Generalized System of Preferences (GSP) program were the key highlights of the deal from India’s perspective. Essentially, this deal was to deliver the same benefits to India that Biden is expected to extend. However, the timeline for their realization may now be somewhat delayed.

Strengthening the Affordable Care Act, popularly known as Obamacare, with an aim to reduce healthcare costs and improve access to health insurance has been one of the highlights of Biden’s presidential campaign. A pressing need in the US made more urgent due to the Coronavirus pandemic.

To make this possible, Biden is expected to lend impetus to generic drugs, which directly favours the pharmaceutical players from India. This will result in a greater demand for medicines manufactured in India with faster clearances for the application of new drugs, albeit with stricter inspections.

As per the data released by the Pharmaceuticals Export Promotion Council of India (Pharmexcil), India’s exported pharma products worth $6.74 billion to the US in the year 2019-20, of which generics exports amounted to $6.25 billion. At the same time, 24% of medicines imported by the US were from Indian manufacturers.

The Federation of Pharma Entrepreneurs (FOPE) chairman B R Sikri opines that the new president’s emphasis on affordable healthcare for people in lower-income groups can further bolster exports from Indian generic companies.

Related: COVID-19 Leadership: The Best And The Worst Vaccination Programs In The World

US President Joe Biden is likely to take forward the policies institutionalized by his former boss, President Barack Obama. However, the protectionist measures emerging out of Trump’s “America First” can prove to be a stumbling block in that process.

Biden may not be able to de-escalate and unwind them as swiftly as potential beneficiaries would have liked. Any dramatic and sudden changes in US trade policies with India – or any other country, for that matter – may be untenable for the sake of continuity.

The change will come, surely but slowly.

Trump Is Back! But His Target Is Not Biden