After being quoted ‘selfish’ for not sharing surplus vaccines with the rest of the world, the US is now willing to send millions of doses overseas and coordinate with other democracies.

On Monday, May 17, 2021, US President Joe Biden in a speech at the White House announced that the US will be sharing 20 Million vaccines with the rest of the world by the end of June. This 20 million is in addition to the 60 Million AstraZeneca vaccines which the US had committed to give away earlier. Significantly, the additional 20 million vaccines, which Biden has committed to the rest of the world include those which had earlier been approved for use in the US.

Related: Americans Ditch The Mask With 4 Out Of 10 Fully Vaccinated

Watch: How Vaccine hoarding by rich countries is resulting in Vaccine Inequities

Biden’s announcement has been attributed to a few reasons

First, nearly 60 percent of US adults have received at least one shot, and Covid-19 cases are down in all 50 US states. 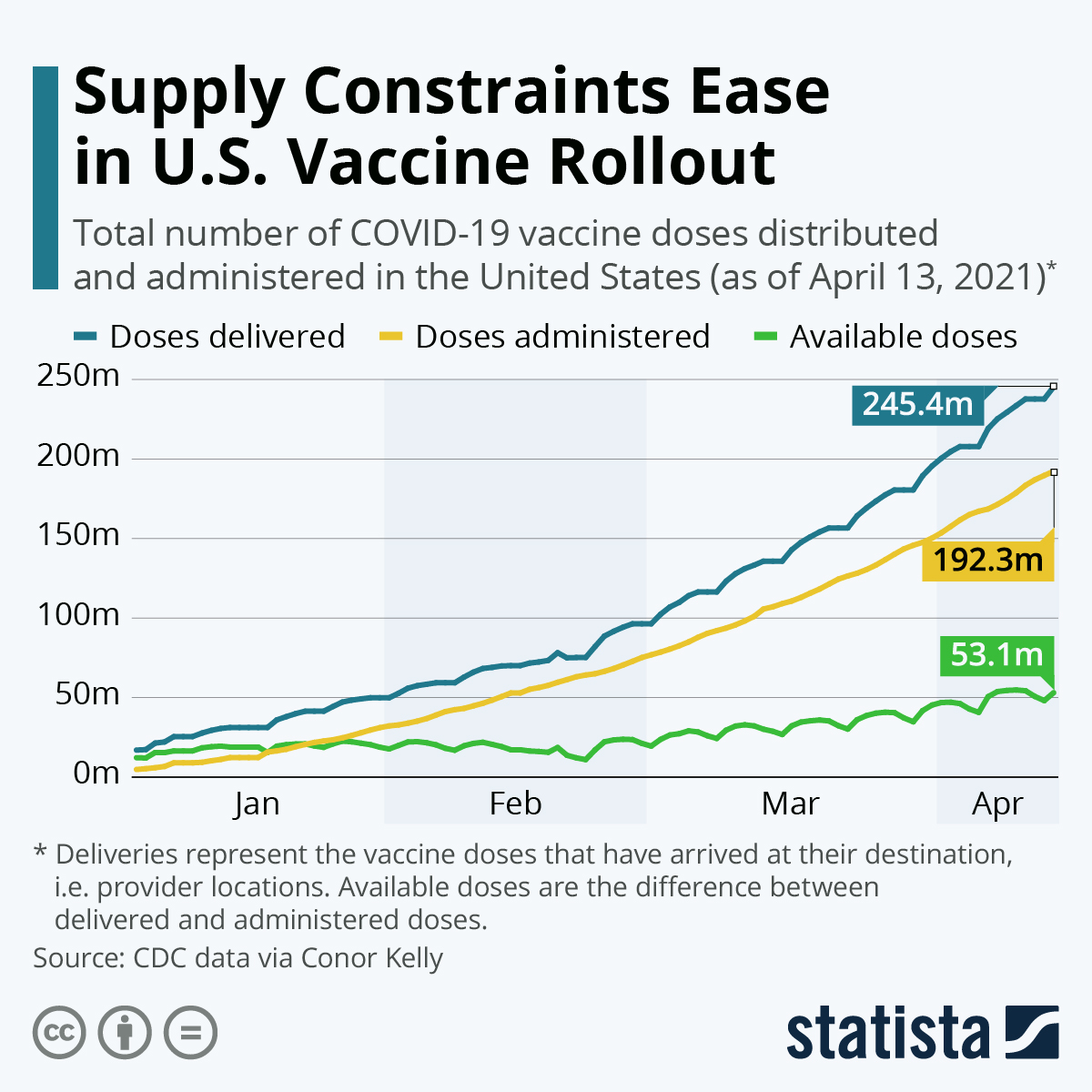 I respectfully but strongly call on the Biden administration to release millions of AstraZeneca vaccine doses to countries hardest hit by the spread of COVID-19, including India, Argentina, and potentially others. 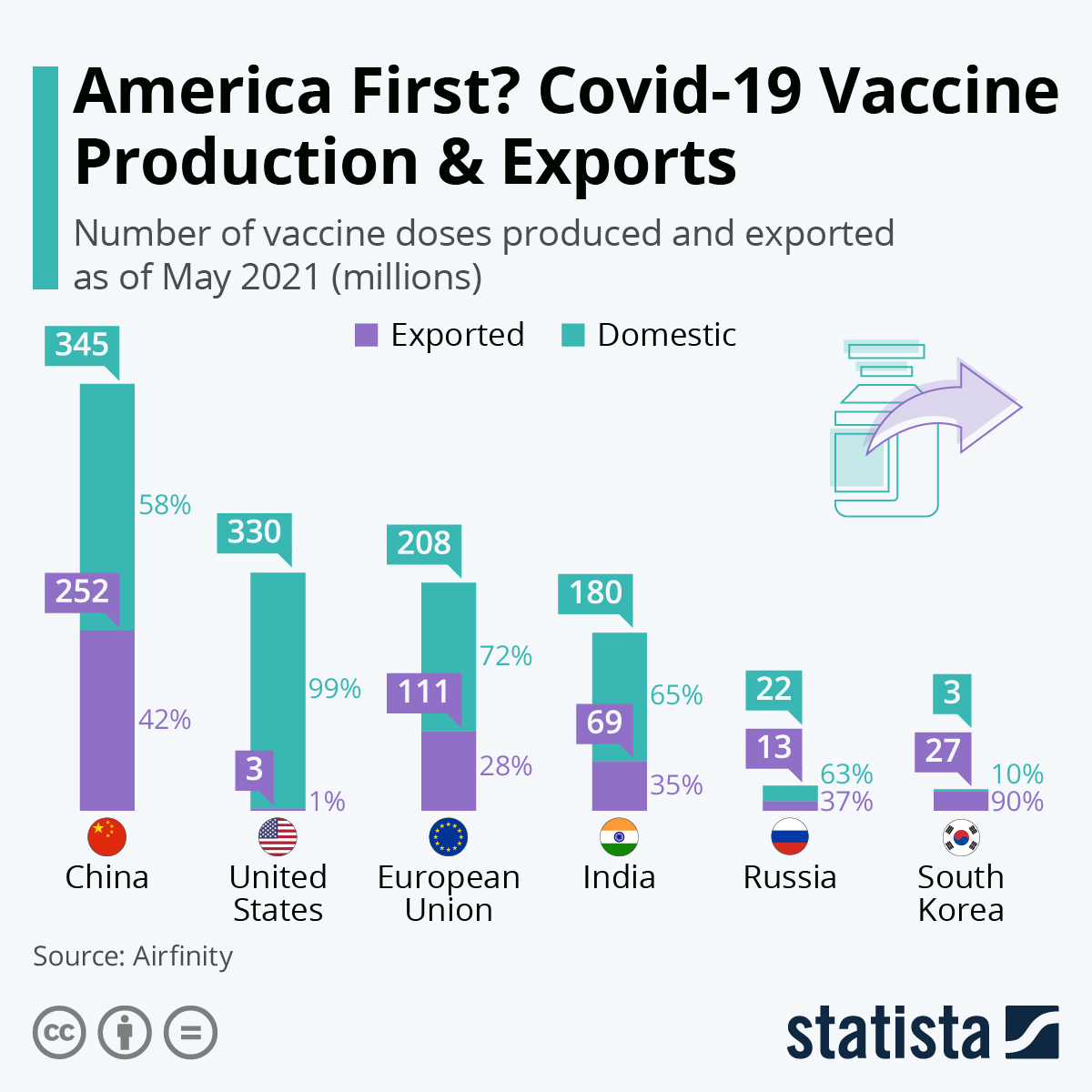 Earlier this month, fifty seven Congressmen urged the Biden Administration to provide assistance to India. The letter also urged the president to sent surplus vaccines to India. While the US, not just the government but even major corporates, did step in to provide India assistance in different ways, Biden drew criticism initially for being slow in his response when offering adequate support to India.

The New York Times in an editorial titled, ‘America is failing its moral test on vaccines’ also made the argument, that the US should be helping other countries in vaccination. WHO Chief Tedros Adhanom Ghebreyesus also emphasized the need for increasing vaccine supply under the COVAX initiative and for developed countries to ensure equitable vaccine distribution.

We need high-income countries, which have contracted much of the immediate global supply of vaccines, to share them now.

Thirdly, there is an obvious realization that the spread of Covid-19 in other parts of the world will have an impact on the US. This has been pointed out by many US policy makers and experts. During his speech on Monday, the president also made this point.

Biden made two important points. First, that the US will not use vaccines to secure favors from others. In this case, the president was alluding to Russia and China. While the US has focused on vaccinating its own citizens, it is keen not to lose the perception of battle vis-à-vis China, which has donated more than 17 million doses of Sinopharm and Sinovac, and Russia whose Sputnik V is authorised and in use in 66 counties and is now even starting vaccine tourism.

An article published in the Economist, last month, titled ‘Vaccine diplomacy boosts Russia and China’s global standing’ highlighted the point, that while the vaccine roll out may not have been a total success, both countries had managed to send out a message that they were less selfish than western countries, especially the US.

Furthermore, that the US will coordinate its efforts with other democracies to fight the pandemic and that progress in this direction will be announced during the G7 Summit to be held in June. This fits in with Biden’s focus on working with democracies to deal with the pandemic.

Biden’s decision comes weeks after the US had agreed to support India’s demand, and that of other countries for the waiver on IP rights pertaining to the manufacture of vaccines. India and South Africa along with hundred countries have been making a case at WTO for waiver on patents and trademarks on all products required for fighting Covid-19.

In conclusion, while the Biden’s decision to give surplus vaccines is a welcome step a lot more needs to be done to ensure that vaccination rates are accelerated in developing countries. Fighting the pandemic and ensuring equity in access to vaccines is an uphill task but recent announcements by the US are significant.