Apple Joins Washington’s War Against Facebook, Zuckerberg Gears Up To Go All Out

On the occasion of ‘Data Privacy Day’, Apple introduced two new services for user’s data protection that it plans to launch in early spring. But while speaking at the virtual Computers, Privacy and Data Protection conference on Thursday, what made headlines was Apple CEO Tim Cook’s criticism of the Facebook business model. While Cook did not mention the social media platform’s name, his critique was specific enough for listeners to make an accurate guess.

To be precise, the iPhone maker’s CEO called out Mark Zuckerberg led social Media Giant for polarization and misinformation. Cook stated that the world can’t turn a blind eye towards the theory that “all engagement is good engagement”. He further went on to say:

At a moment of rampant disinformation and conspiracy theories juiced by algorithms, we can no longer turn a blind eye to a theory of technology that says all engagement is good engagement – the longer the better – and all with the goal of collecting as much data as possible.

The incident intensified the brewing high-profile dispute between Apple and Facebook that has been intensifying for a few months now. And now it has taken an ideological turn.

Related: Paytm’s Tussle With Google In India Mirrors Fortnite’s Legal Battle With Apple In The US

On Wednesday, right before Cook’s statement Facebook had taken an overt dig at Apple’s business model saying that the company has an anticompetitive approach due to its lengthy list of paid apps. Zuckerberg also went on to blame Apple’s very own digital advertising business. The Facebook Co-founder & CEO went on to say that Apple has…

“every incentive to use (its) dominant platform position to interfere with how our apps and other apps work.”

Facebook and Apple, two of the most titanic consumer tech giants of the world have been amid a bitter dispute for more than a decade now. Moreover, this is not the first time that Cook has used a public platform to speak against the business practices of Facebook and also other tech giants who are Apple’s competitors in one or the other way. During a privacy conference in Brussels in 2018, Cook had said:

“Every day, billions of dollars change hands, and countless decisions are made, on the basis of our likes and dislikes, our friends and families, our relationships and conversations. Our wishes and fears, our hopes and dreams. These scraps of data, each one harmless enough on its own, are carefully assembled, synthesized, traded and sold.”

Facebook’s entire business model runs on the back of user data matrices that allow it to generate advertisement revenue from small, medium and large businesses. Profit recorded by the social media giant during the third quarter of 2020 amounted to $21.5 billion, maximum of which came from advertisement. Hence, it’s a no-brainer that Facebook stands firm against the Apple’s new technology that will transition data collection for users from opt-out to opt-in choice. The social media stalwart called the announcement last year as abuse of power by the smartphone manufacturer and said that the practice is unfair to small businesses. In its defense, Apple pointed out that their products are user centric and not business centric and therefore, the data safety features make all the sense.

The famous dispute between Facebook and Apple caught heat during December 2020 when Facebook released a full-page advertisement in Washington Post, Wall Street Journal and New York Times claiming that “Facebook is standing up to Apple for small businesses.”

Apple’s move to roll out new privacy features is probably the biggest headwind for Facebook. Despite outperforming Wall Street’s revenue predictions for Q3 of 2020, Facebook didn’t come out as strong in the stock market. This was because of Apple’s announcement of integrating ATT and PNL in its devices in 2021. Investors were right about their prediction.

On the other side, Facebook has been preparing an antitrust lawsuit against Apple for months. The company plans to accuse the iPhone manufacturer of exploiting businesses and competition through its Apple App Store. On the issue, Facebook spokesperson Ashley Zandy has stated, “As we have said repeatedly, we believe Apple is behaving anti-competitively by using their control of the App Store to benefit their bottom line at the expense of app developers and small businesses.”

While Facebook may be planning to sue Apple, but the truth is that the social media platform is itself fighting a landmark antitrust lawsuit for data privacy breach filed by the federal government itself. And the prospects of going against Apple legally appear feeble and unpromising because to fight against the new user data protection features that Cook intends to bring to Apple device users, Facebook will have to go all out against Washington first. 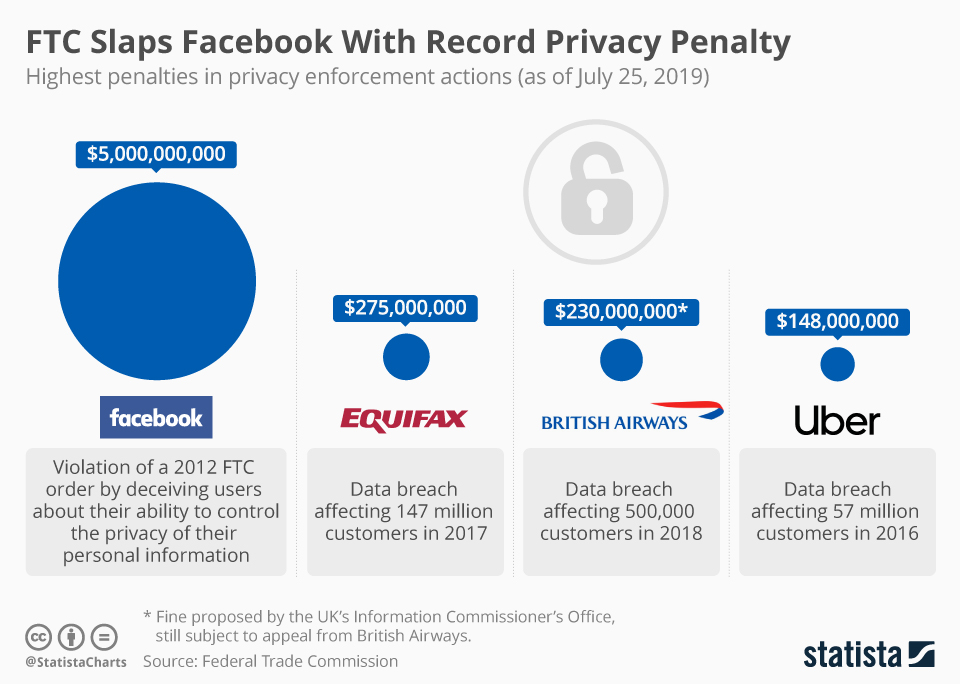 Apple is launching an App Tracking Transparency feature for Apple iOS14, the details of which Cook made public on Thursday. This feature directly prohibits Facebook and other applications from gathering user data to use it for advertising. However, user will have the option to choose whether they want to allow specific apps to gather their data. If they opt out, the feature will stop the app from retrieving user data. The beta update will be rolled out for iOS 14, iPadOS 14 and tvOS 14 and the user can find it under the device setting option. The entire list of applications which will request the permission of user data will be displayed in the option.

Another feature that Apple plans to launch in the early spring is Privacy Nutrition Label which will require all the applications to inform the user about how they use their data. This includes Apple’s very own applications. A recent statement released by Apple mentions that the company’s new nutrition labels will be its future standard to will “require the industry to be clear and upfront with consumers”. Similarly, the App Tracking Transparency tool will target the invisible leakage of data. Tim Cook’s strategy to bring about privacy related changes is to pressurize the industry through, what Apple calls as “commendable innovations”. Apple declared: “…in order to prevent a cat-and-mouse game between industry actors, we need substantive, enforceable regulation to stop this exploitation of our data.”

COVID-19 Leadership: The Best And The Worst Vaccination Programs In The World