The historic $2 trillion stimulus package from the wartime president Donald Trump is laughable if you indeed calculate the longevity of the impact of the economy killer that is Coronavirus.

The media is busy covering President Trump’s daily Coronavirus Task Force press briefings. In the meantime, the American economy is slowly asphyxiating to death. On a virtual grinding halt due to the lockdown, the individual American and the small American business is dying a slow death, where is worth wears away gradually – from days and weeks into months.

This isn’t like World War 2, a hurricane on the east coast, or the Dot Com Crash of 2002, or the 2008 Financial Recession. This is a sudden collapse of America’s lungs. Over 400,000 infected cases and almost 13,000 deaths. Unemployment claims stood at 6.6 million last week. This is an unprecedented scale of annihilation of livelihood. 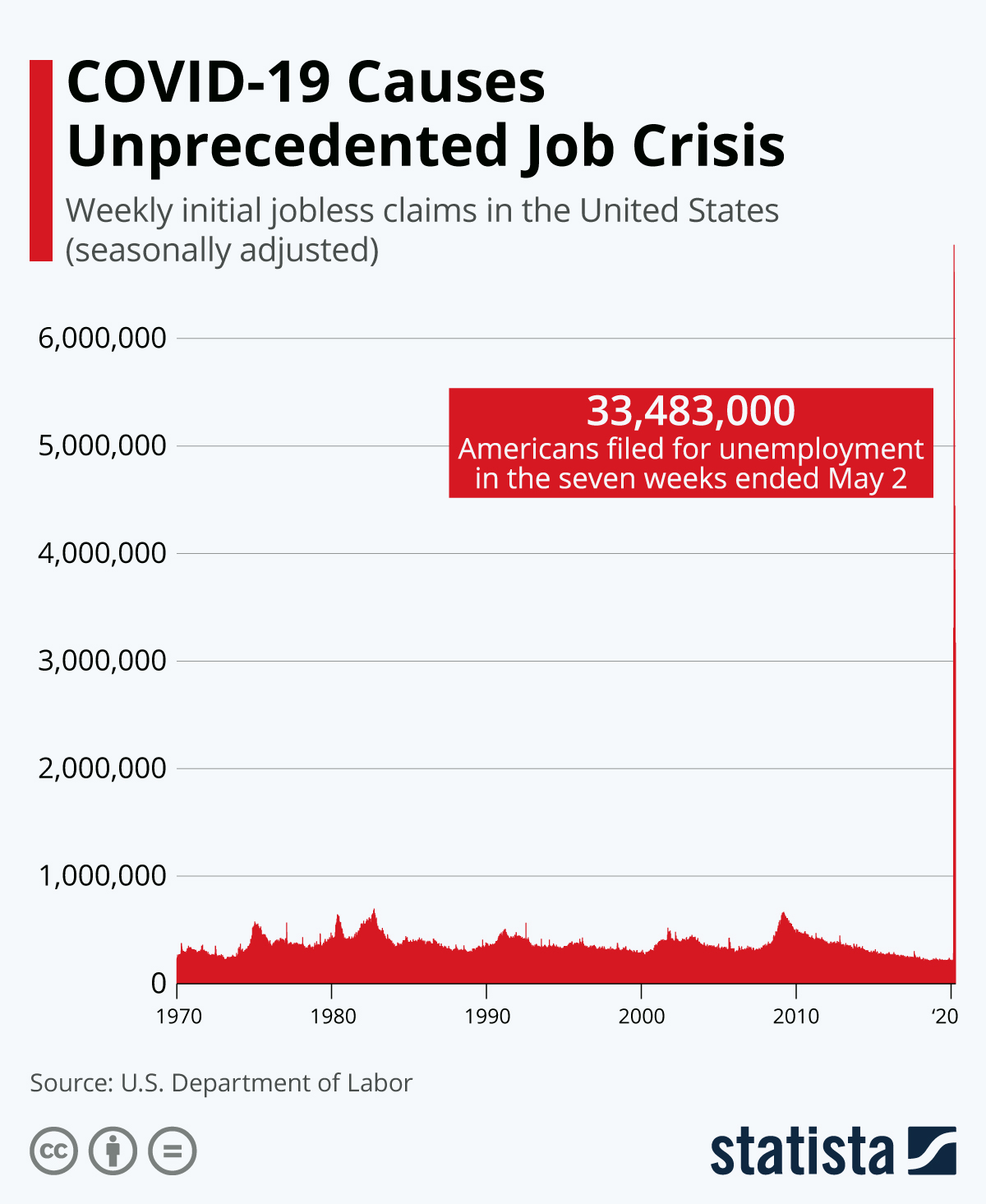 Too little stimulus for too big a catastrophe

In all this, not just Trump but politicians from both sides Democrats and Republicans hailed the $2 trillion stimulus package. The only hurdle had been demands for oversight and not more money for the average American. So, is the stimulus package, that stands at 10% what the American economy earns per year, enough to bring life back to normal?

Taking into account the present scenario of the catastrophe in the United States and a few statistical calculations, it becomes rather clear how little relief Trump Administration’s stimulus plan offers.

Let’s ponder what it brings to the 127 million American households and the small American business that make up roughly 44 percent of the United States economy.

A Week’s support for Small Businesses

Small businesses with less than 100 people make up for roughly 98.2 percent of US’ 32.5 million registered companies. Apart from a few and far into essentials, a category where Amazon and Walmart seldom leave a slice of loaf for a third party, most small businesses are shut with neither revenue coming in nor any new businesses expected in the near future.

$500 billion relief to small businesses provide $9 trillion to the US economy annually.

Trump’s $2 trillion stimulus package earmarked $500 billion for these businesses who are hapless, sitting at home with zero liquidity and a fear of catching the dreaded virus. Trump and the House touts a larger share of a $500 billion relief to a section that provides $9 trillion to the US economy annually.

Furthermore, $500 billion is just 2.5% of the value of the American economy annually. In all essence, that’s money to operate for a week – 9 days precisely.

A week’s pocket money for every American

Unemployment sky-rocketed to never before levels in the past few weeks. With tens of millions of Americans expected to lose their livelihood due to the current crisis, supporting households is a major challenge in the government’s economic relief package. The politicos and mainstream media are hailing the stimulus as socialist – putting $1,200 in every American’s pocket, on paper at least.

However, that is not even close to what the doctor ordered for each American. Firstly, there’s a regulatory maze around it. How much you make? Are you married? and so on. The luckier you are the sooner the meager $1,200 relief comes.

So, while statisticians claim the grand scheme offers some relief to each American, giving a bowl of soup for months of incoming famine is sickeningly not enough. In fact, here too the token per capital looks less like relief and more like pocket money.

The small businesses hung in limbo for weeks will get a week’s money to get back on their feet. Millions of Americans losing their jobs will be given what they earn in a week to live on through months of lockdown. The coronavirus outbreak in the country potentially puts 37 million Americans out of job. 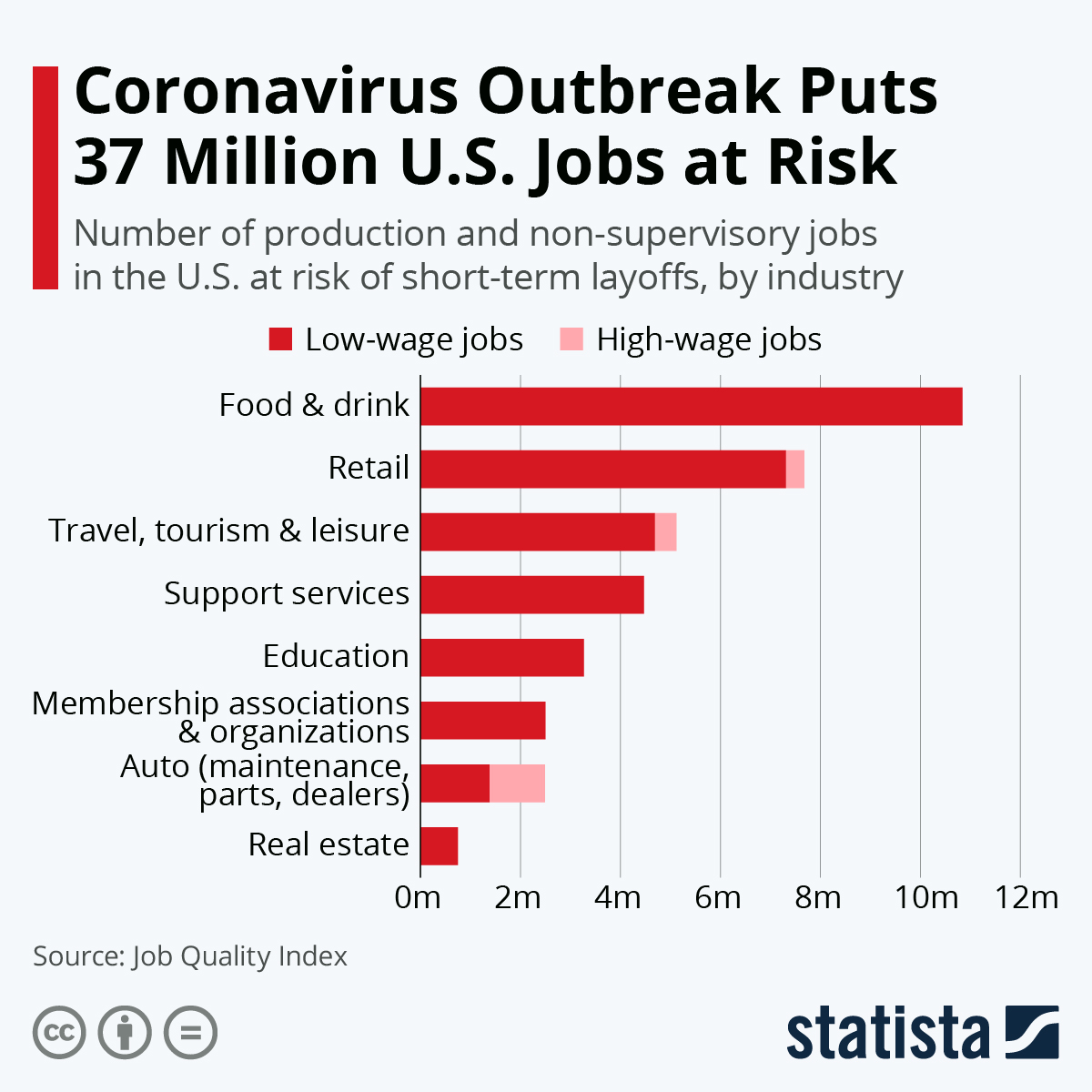 400,000 of the 330 million people on American soil are already fighting the disease. The pandemic outbreak is yet to reach its peak in the US. The curve is still far from flattening out.

So, while millions locked in their houses look forward to months of bearing the lockdown, thrifting and trying to make it out intact, the money in the American treasury is their liberty. The politicos need to tout less and splash out more.

What If Boris Johnson Dies? A Political Turmoil In The Making

Move Aside Musk And Bezos, Donald Trump Is Now In Space Race

US Braces Itself – A 9/11 Moment In The Upcoming Week

Wives Are Superior To Husbands — Even When Fighting Coronavirus

What If Boris Johnson Dies? A Political Turmoil In The Making

Biden-Sanders Plot To Oust Trump From White House In November