Who Keeps Assassinating Iranian Nuclear Scientists? And Why?

Why was Fakhrizadeh so precious to Iran? Who was behind the assassination? And the most important question of all, why was he assassinated? Here’s some insight to help you make sense.

The year 2020 began with an excruciating wound for Iran when Major General Qasem Soleimani was assassinated in an airstrike by the US under Donald Trump’s administration on 3rd January. The country drowned in grief and rage on the loss of the head of the elite Quds Force. Months went by and Iran finally rejoiced again when the people of America voted the Republican president out of the White House. But Iran was off to a bad start this year and if 2020 has been worse for the world, it was ominous for the middle-eastern nation.

In 2018, Israel revealed the country’s secret documents exposing the program to create nuclear weapons, which was being led by the ‘Tehran’s Atomic Weapon Guru’ (as named by WSJ). The New York Times compared the man to J. Robert Oppenheimer, the leader of the Manhattan Project responsible for the creation of atomic weapons used by the US in World War II. Fakhrizadeh also led Project Amad that aimed at creating nuclear weapons from 1989 to 2003. It should be noted that Fakhrizadeh is not the only Iranian nuclear scientist assassinated in recent memory. In the past decade, at least 5 top Iranian Nuclear Scientists have been the subject of assassinations. 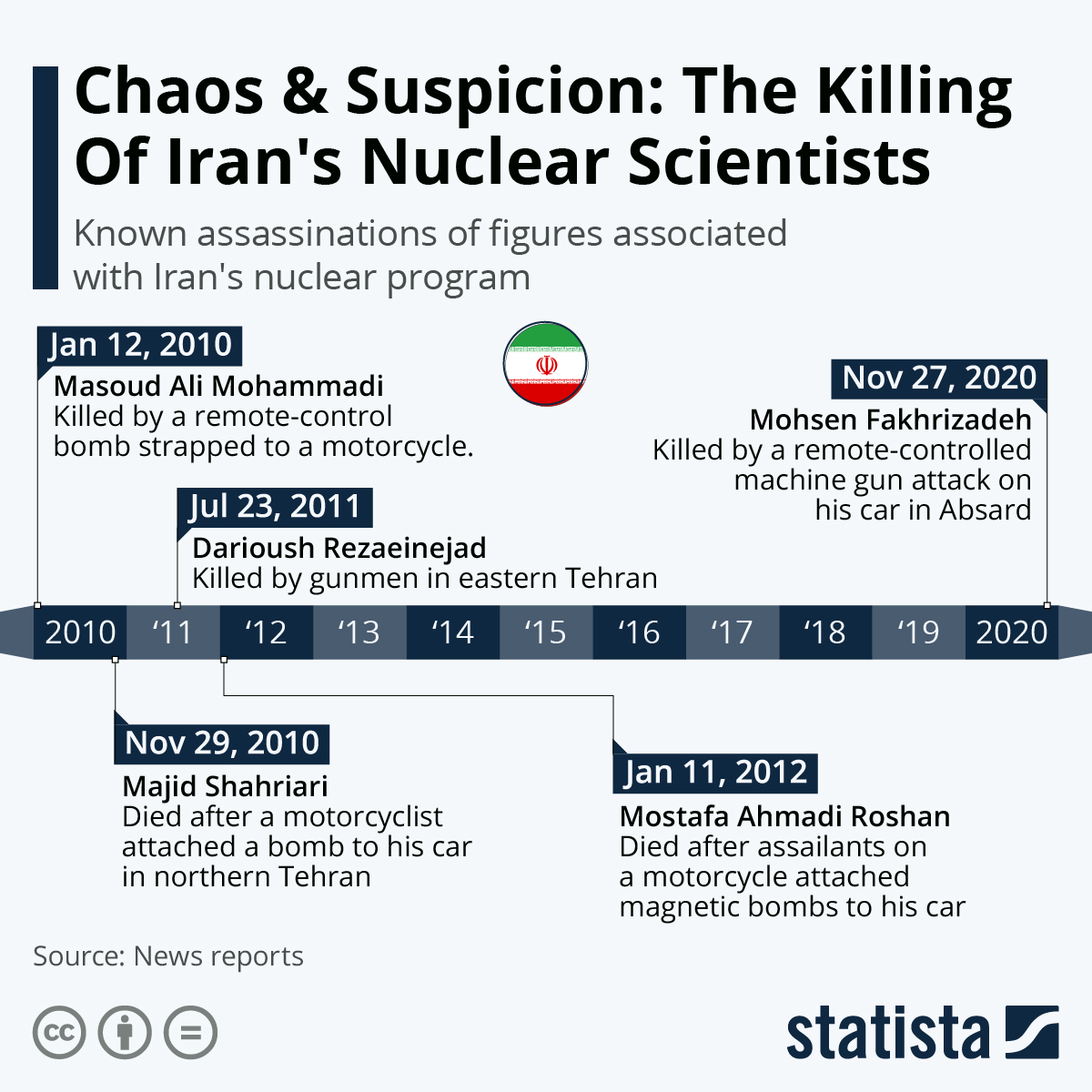 No party has come forward to take responsibility for the killing of Iran’s leading nuclear scientist Mohsen Fakhrizadeh.

But the country’s officials are overtly calling out United States ally Israel and are swearing vengeance. Mohsen Fakhrizadeh was overlooking an air-defense project without using a radar system to detect spy aircraft, and “Israel was well aware of his role in affairs that could confound”.

Iran has been at conflict with Israel and the United States. The reason is the country’s nuclear operations which its adversaries claim are amplifying with every passing year, despite the Iran nuclear deal, better known as the Joint Comprehensive Plan of Action (JCPOA) brought into effect by former US President Barack Obama. Under the deal signed between the Islamic Republic of Iran and the P5+1 countries (the US, the UK, Russia, France, China plus Germany), and the European Union, the United States agreed to lift economic sanctions imposed on Iran on a few conditions.

The conditions demanded Iran to reduce its Uranium stockpile by 98% to 300 kg for 15 years.

At the time of signing the deal, Iran had enough nuclear material to prepare 7-8 nuclear weapons. According to JCPOA, the middle-eastern country was obligated to maintain its level of Uranium enrichment at 3.67% only for the purpose of power generation. However, Israel addressed some substantial flaws in the deal which were later testified by the series of missile tests by Iran leading to Donald Trump’s administration, calling the deal off. 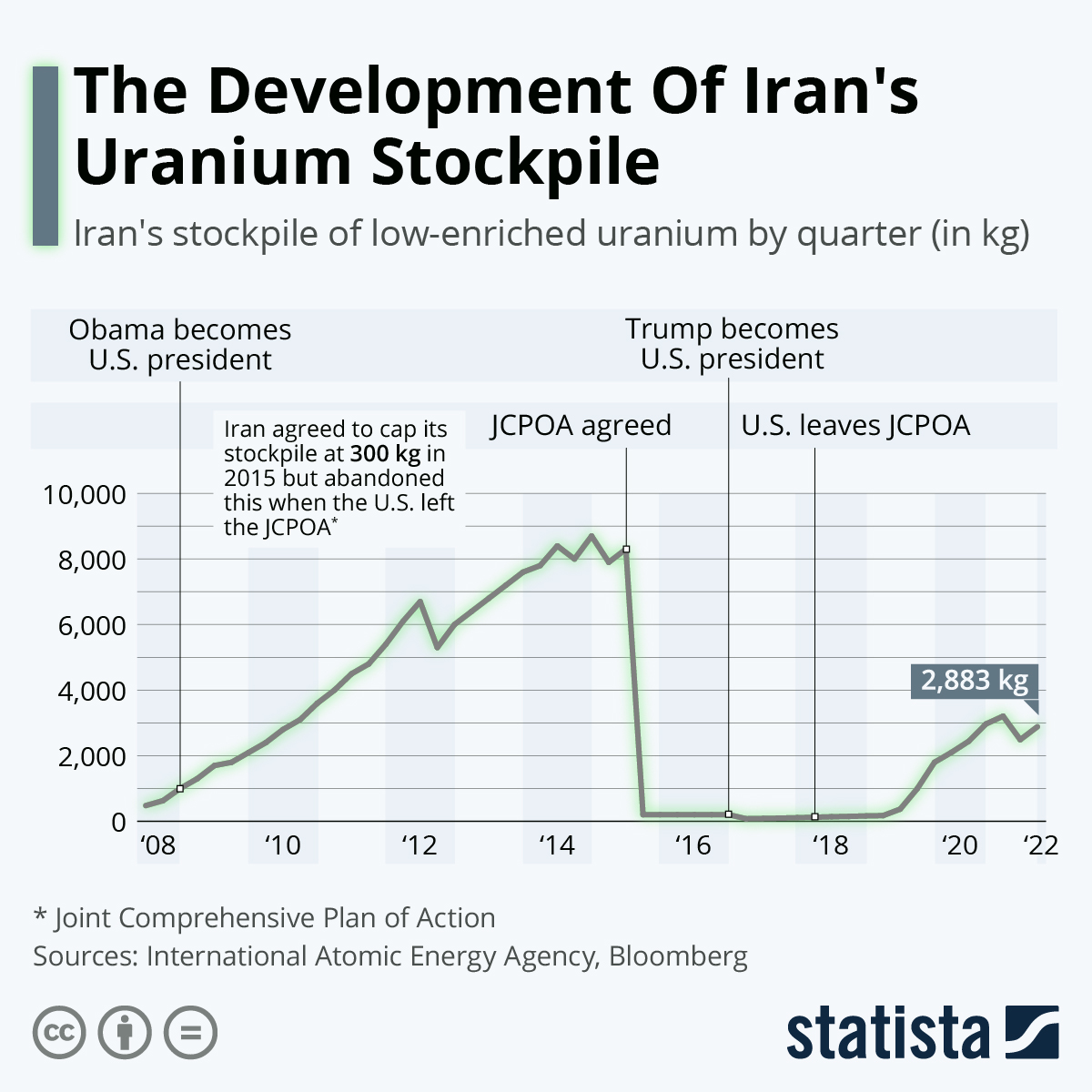 The biggest suggested flaw is the time frame of mere 15 years during which the country seems to be strengthening its war technology (missile tests) which can be fueled by nuclear advancement after the duration of the deal ends. Furthermore, lifting economic sanctions from Iran also prepares its economy to sustain if a war situation arises. This runs a wave of jeopardy among its adversaries.

Related: Is It Time To End The Qatar Freeze?: Unresolved Questions From The Middle East

The pivotal figure in Iranian nuclear technology, the man behind the suspicious ambitions of the country, the assassinated scientist Fakhrizadeh lived under high-security to be safeguarded against such attempts at his life. He barely made any public appearances. A man so secretive, he wasn’t accessible to even UN nuclear investigators.

A mysterious man, Fakhrizadeh was one of the priciest pieces of the regime’s ambitious castling.

He played a pivotal role in Iran’s numerous nuclear projects, yet was a phantom with no face attached to him. Before April 2020, no photograph of the scientist existed anywhere. Recent reports suggest that Fakhrizadeh often traveled abroad, including Asia to keep a tab on the latest information from abroad. He had three passports. Born in Qom, one of the holiest city for Shia Muslims (the majority sect in Iran), in 1958, Mohsen Fakhrizade was a physics professor at the Guard’s Imam Hussein University.

Who was behind the assassination?

After Donald Trump pulled the United States out of the JCPOA, Iran rigorously increased its Uranium enrichment. Iran currently has a stockpile of 2,442.9 kg of uranium enrichment according to the International Atomic Energy Agency. The allowed quantity is 202.8 kg. Losing the mastermind of the nuclear operations at a significant stage like this is definitely a setback for Iran.

The timing of the assassination is also strategically interesting. Joe Biden is highly likely to restore America’s participation in the Iran nuclear deal which will call for improvement in the otherwise escalating situation between the two countries. Weeks ago, Donald Trump reportedly expressed his option to bomb Iran before he steps down from the White House in January 2021 after which Secretary of State Mike Pompeo visited Israel’s Prime Minister Benjamin Netanyahu. The two then flew down to Saudi Arabia to meet the Crown Prince Mohammed Bin Salman in a secret set up.

With the assassination of two most significant leaders and strategists of the Iranian military establishment, within months, Iran is losing vital clogs of the establishment at a time when the country is also confronted by a crippled economy, decreasing protection from ally Russia, and the international ire around its nuclear ambitions. Iran is caught in a labyrinth of dilemmas and turmoil. Furthermore, the people of the country are out on the street demanding President Hassan Rouhani to avenge the assassinations, but any retaliation will open the way for the US and Israel to take overt military actions against the country, destroying any chance for Iran to restore the nuclear deal under the Biden administration.

There’s a predicament on all fronts for Iran. And this time, without two major figures in leadership.

Is It Time To End The Qatar Freeze?: Unresolved Questions From The Middle East

Farmers Protest And Air Pollution In Delhi NCR — Is There A Correlation?