For the majority of the world’s automakers, 2020 was filled with complete shambles in terms of doing business. But this was not the case with Tesla.

The electric car maker Tesla is currently accelerating like a run machine, competing with other giant firms like Toyota and Volkswagen, and made a whopping profit of 743 percent in 2020. These figures tell you that Tesla had a great previous year and ended on a profitable note. The 2003 founded, Tesla by Elon Musk, now the second richest man in the world as per the billionaire index with a net worth of $182.9 billion, has reported a net income of $721 million in 2020.

Ever since the start of 2020, Tesla’s shares showed a bullish angle and never stopped rising to date. But what’s surprising here is, Tesla’s market capitalization was lesser than Toyota’s. In spite of that, Tesla subdued the Japanese multinational automotive manufacturer, Toyota, to become the fifth most valuable U.S. company, surpassing Facebook – as on Friday, 8th Jan 2021. 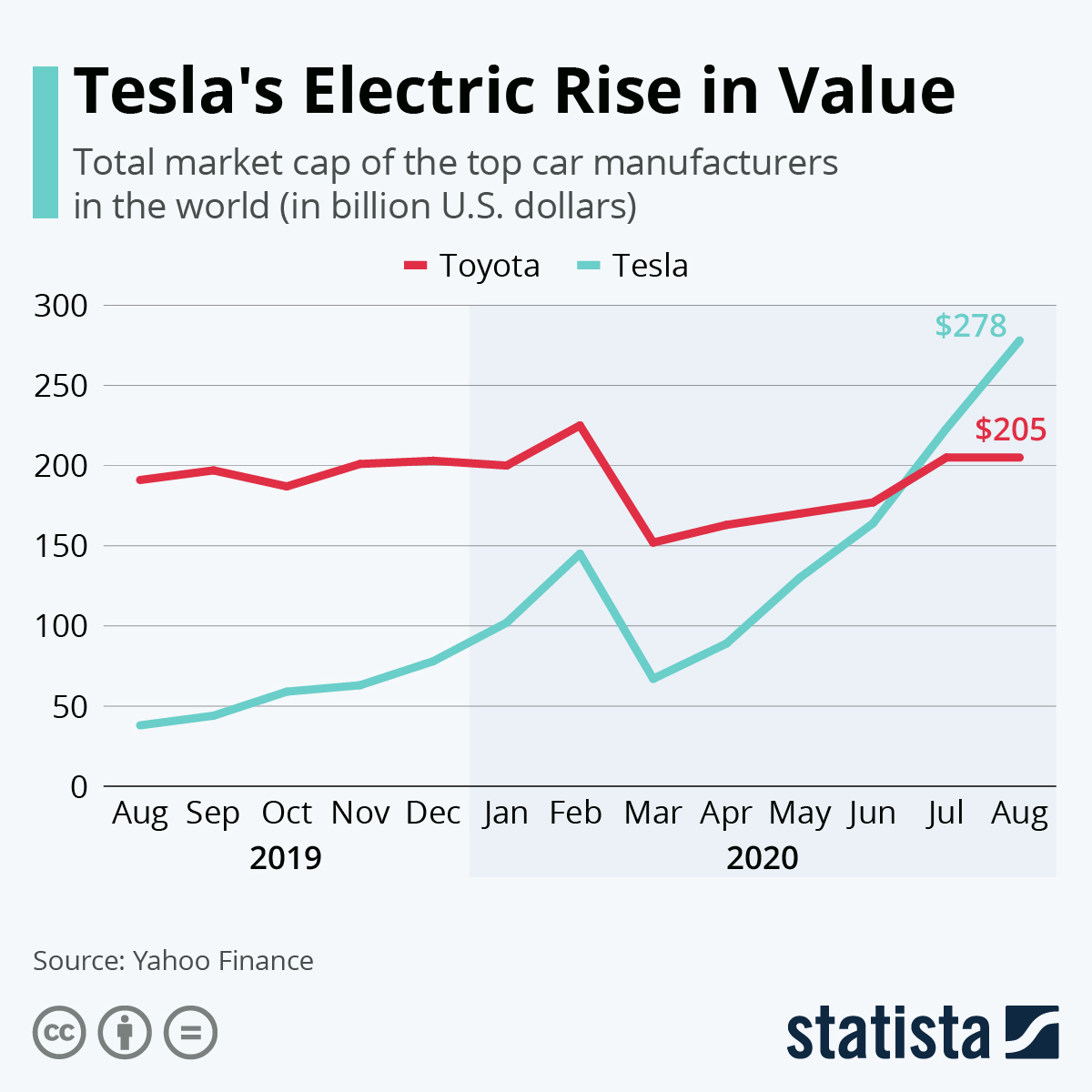 Doing extremely well in the Electric Vehicle (EV) sales category by making cars that are inevitably amazing in terms of performance, Tesla has also dominated other top brands like Audi, Jaguar, and Porsche, who tried to create an impact in the electric car space.

Vividly speaking, so far, the American electric vehicle and clean energy company, Tesla, has left brands surprised with its inimitable presence and new luxury models in the United States, last year, and undoubtedly expecting to dominate ahead too.

Amid pandemic, California being Tesla’s hometown market for the automaker, even though the sales plummeted in Q2, less than half of what was expected, it skyrocketed in Q3 as a strong comeback selling 16200 vehicles, which is double the Q2. However, Tesla has its ebbs and flows, and here are a few that you should know.

Watch: How fortunes turned for Tesla in 2020

As we see that Tesla has been racing like a bullet train with cautious steps like a tiny wave, capturing the market slowly, bite by bite. One good reason for its acceleration is lower battery costs. “We do not have an affordable car. That’s something we will have in the future. But we’ve got to get the cost of batteries down”, stated Elon Musk in the event last year in front of 240 shareholders.

The main idea was to reduce the cost, improve the energy by 5X with 6X more power and 16 percent driving range. The automaker Tesla has already announced its plan in collaboration with Panasonic for better prototypes, newer but larger cobalt-free batteries, costing less than its earlier ones.

“Reducing cobalt makes it harder for us to manufacture, but ultimately does reduce the negative environmental impacts of batteries and reduce the cost,” said Celina Mikolajczak, Vice President of battery technology at Panasonic Energy of North America.

For the safety and healthy environment, such decisions taken by Tesla give the impression of being so thoughtful. According to the Global EV Outlook 2020 reports, over the last decade, battery-electric cars sales have soared from 0.2 million in 2010 to 4.79 million in 2019. The significant transition and efforts shifting from internal combustion engines to zero-emission vehicles also prove how much people care about the ecosystem at a global level. Until 2022, Tesla will be purchasing batteries from its regular supplier Panasonic. Yet, there are plans for the most valuable automaker to start making batteries of its own.

The all-new 4680 cell type will not only boost the EV car sales of Tesla but it will reduce the car cost at the level that surprises its competitors. Keeping the technological advancements in mind, the 4680 batteries, which is the better version of the current Panasonic 2170 batteries, might be available anytime in 2021. In a statement by the current President of Panasonic, Kazuhiro Tsuga, “We have begun development of a new automotive battery, the 4680, for Tesla in the United States. The electrode structure is difficult because of its large capacity. We will make prototypes in Japan and establish a manufacturing method. High reliability is one of our strengths. There is no concern that Tesla will become a competitor (although Tesla is promoting in-house production of the battery)”. 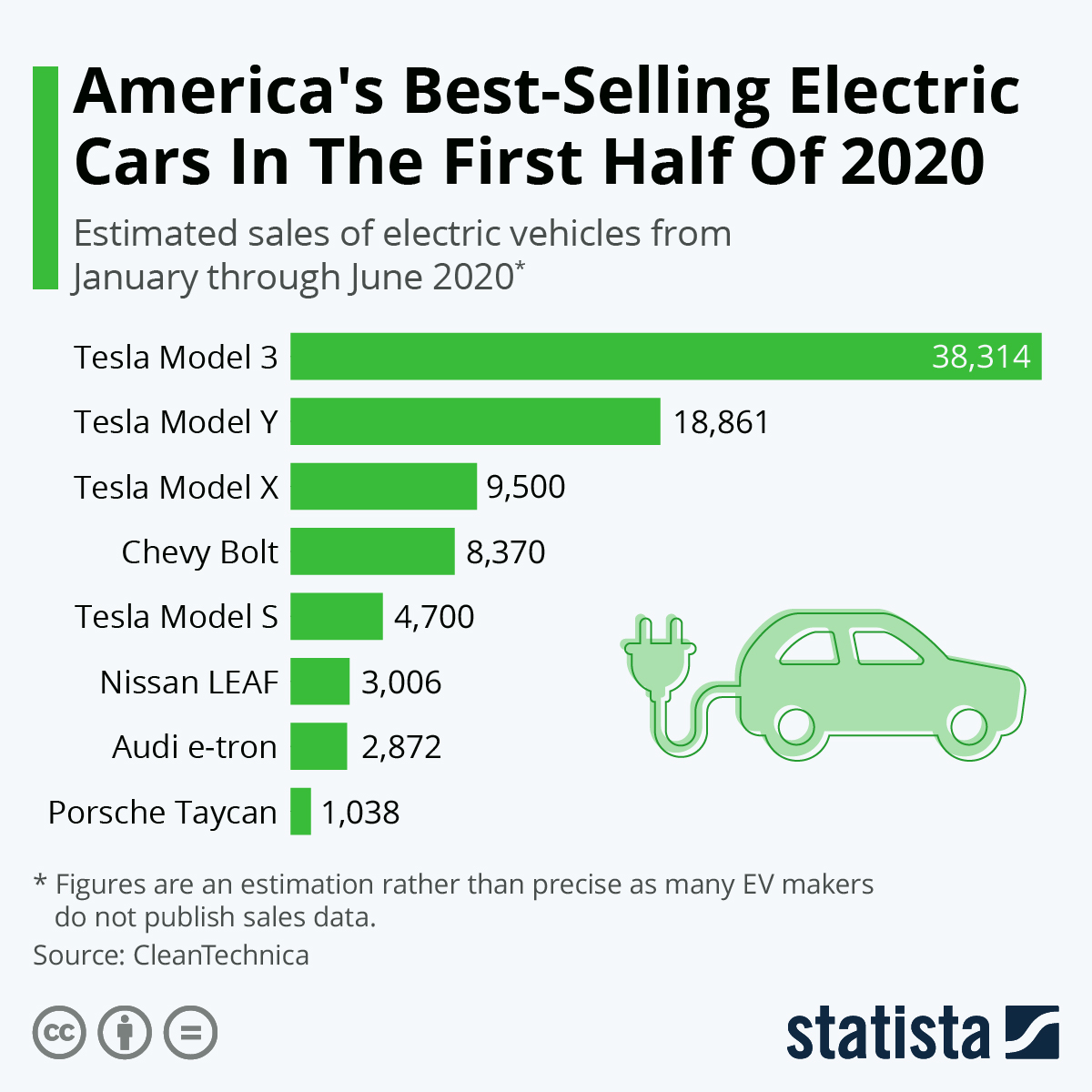 Additionally, there were rumors around the brand new Tesla’s Model 2, which is now all set to make its mark in China very soon. Certain sources revealed that the idea was officially discussed and agreed upon in September 2020, and the product validation is presumed to happen in March 2021.

The Model 2 will resemble the framework of Model 3 and Tesla is now planning to set up an all-inclusive studio in Shanghai or Beijing to manufacture EVs as per the Chinese penchant. This push would give a boost to Tesla’s sales worldwide and be able to reach the 500,000 mark this year or maybe more, which fell 450 short in 2020.

RELATED: US Under Lockdown But Tesla Is Open For Business

Scores Tell Where You Stand

Moving forward, the wait is finally over as the US EV maker Tesla is ready to set its foot in India in early 2021. Tesla will kick off with sales followed by other developments such as assembling, setting up R&D (under discussion with the Govt of Karnataka and Maharashtra vis–à–vis land matters for space), and a few other things that will help the electric carmaker begin its work in India.

Despite Tesla’s growth and volatility over the years, contributing in terms of manufacturing low-cost vehicles and fewer carbon emissions, doesn’t make it a sustainable brand. According to the S&P 500, Tesla has environmental, social, and corporate governance (ESG) score of 22 out of 100, which is less than its competitors in the market. Being a pioneer in promoting “green” products and manufacturing electric vehicles, the biggest EV maker, Tesla has astonished the investors and other shareholders with its low ESG scores. Although the low carbon strategy score is 99, Tesla has scored low in environmental reporting, climate strategy, and environmental policy and management systems, which squashed its overall environment score.

Since 2016, the social metrics were also literally less than 10, which include human capital development, social reporting, and labor practice indicators. The scores don’t look promising to move further, as it requires improvement by April for reevaluation. If the scores don’t show a positive tilt in the curve, Tesla would possibly be the largest S&P 500 company ostracized from the ESG index. However, everyone is counting on its growth and expecting an upward trajectory in terms of ESG performance.

$55 Million For A Return Ticket: Destination Space Opens For Tourism In 2022