China’s brush with e-waste recycling began as it was treated as the world’s dumping yard for electronic waste.

Humankind’s insatiable consumption habits have been wreaking havoc on the planet for decades. The latest entrant to the long list of pollutants is e-waste. In this digital era, technology is advancing at a lightning-fast pace. Consequently, the cycles of replacing gadgets to keep up to load up on the benefits of the latest developments are growing shorter. The result? Tons and tons of electronic waste. Thankfully, unlike our sheer callousness toward pollutants like plastic in the oceans, we have collectively been quicker to embrace e-waste recycling. Now, China is turning this enormous electronic waste into a billion-dollar industry.

China’s brush with e-waste recycling began as it was treated as the world’s dumping yard for electronic waste. The city of Guiyu in the Guangdong province was the centre of activity. The city housed bustling with small workshops that broke down electronics such as old computers and mobile phones to extract recyclable materials. 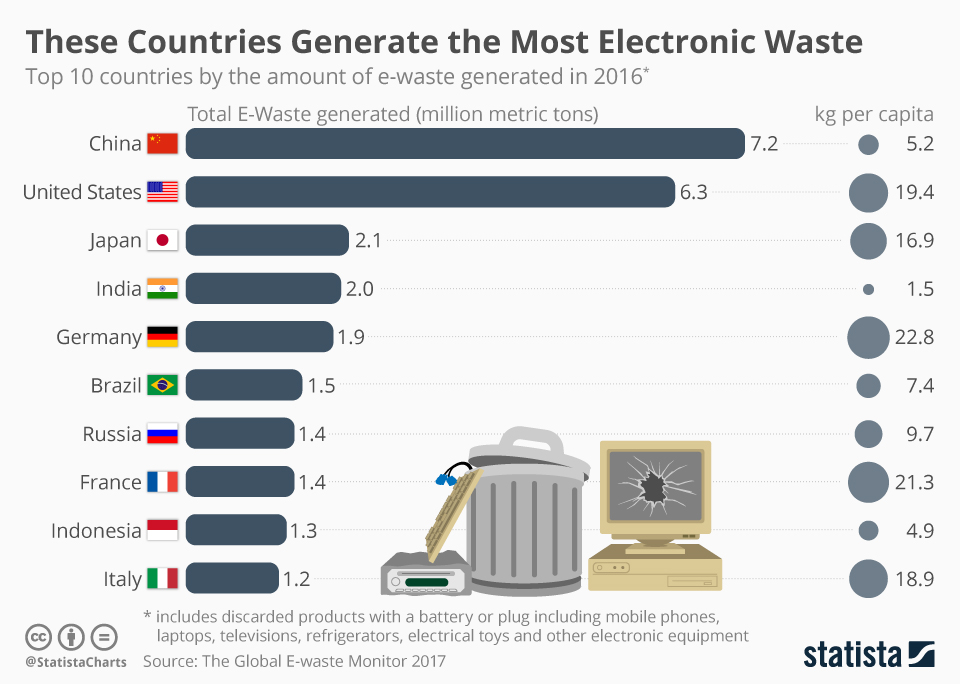 The cheap manual labour in China was one of the biggest draw-cards for tech giants as well as developed countries turning to it for e-waste dumping and recycling. However, the country has since amended the Basel Convention on the Control of the Transboundary Movements of Hazardous Wastes and their Disposal in the 1990s. It declared as of January 1, 2018 that it will no longer allow ‘foreign garbage’ to be transported to its shores.

The tightening of regulations and ban of importation has reduced foreign e-waste into a trickle, plunging it from 1.5 tonnes in 2001 to 0.32 tonnes in 2018 and a projected disappearance by 2023. Global e-waste may have put China on the path to monetize recycling of electronic parts. But it’s decline has in no way affected its ability to turn it into a billion-dollar industry.

The ban on transboundary importation has not impeded China’s ability to rake billions out of recycling electronic waste. That’s because the country is currently the second-largest producer of e-waste in the world, ranking next to only the US.

In 2014, its domestic e-waste generation stood at 6 million tonnes. It continues to grow at a much higher rate than the global average. Sample this: if the world’s e-waste generation is growing at 4 to 5%, China’s is increasing at a rate of 27%! Clearly, it has no dearth of either e-waste or the means to harness it for profitable parts.

According to Greenpeace East Asia’s estimates, that value of metals recovered by China’s electronic waste is projected to reach USD 23.8 billion by the year 2030. These metals extracted through ‘urban mining’ and recycling would be a lot cheaper than those procured through ore mining.

E-waste Recycling Industry is Good for the Environment

When the e-waste recycling industry was still in its nascent stages, it raised a lot of concerns regarding the environmental impact of the process. While the process results in the extraction of valuable metals such as copper, aluminium and gold, the early dismantling processes resulted in the release of toxic substances and organic pollutants that could harm the environment and the health of unprotected employees as well as locals living in the vicinity of these workshops. 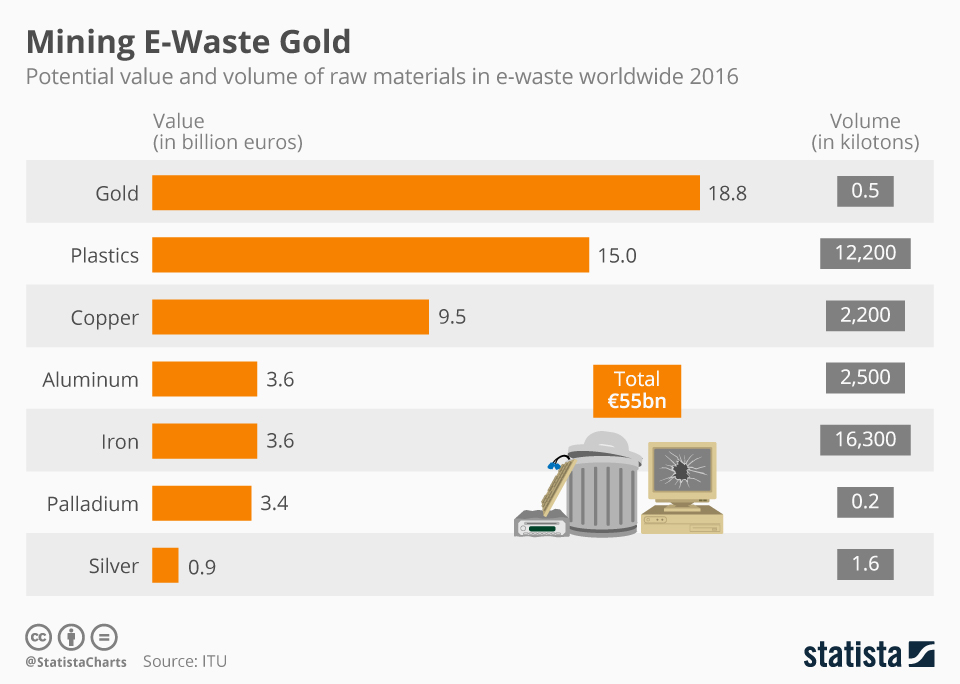 With sophisticated recycling technologies and enhanced regulations now in place, those risks have been effectively managed. Making it a rare win-win for the economy as well as the environment.

Related: China Is Unavoidable — No Country Knows It Better Than India

If China’s e-waste recycling continues at the projected rate, it could result in converting 20 billion kilowatts of energy. Besides, preventing 22 million tonnes of carbon emission that would be generated if the metals recovered through urban mining were to be extracted from ore mining instead.

The economic and environmental benefits of e-waste recycling are obvious now.

The only thing lacking to leverage its potential optimally is awareness and willingness among people. We need give our old devices for recycling rather than hoard them. Only then can we hope for a stable influx of discarded products to create a sustainable loop of recycling.