With a user base of 430 million and still growing, the Reddit site has become the hotline for those who need help amid pandemic.

The coronavirus pandemic has taken the world by a storm with millions of people becoming jobless and emerging as the biggest key concern across economies. From Facebook to Twitter to Instagram, the deepening voices of sadness have spread across every social media site like wildfire, sharing their pain of how it’s like remaining unemployed. However, ever since the outbreak of the coronavirus, with the unemployment rate touching 23.52 percent in April 2020, there’s one leading social site that has surpassed every aforementioned social media platform, and that’s “Reddit”. Having a user base of 430 million and still growing, the Reddit site has become the employment hotline for those who need help amid pandemic.

Watch: How Reddit became the front page of the internet?

For those people who thought Reddit as a gossip platform or even a waste of time, the community has acted as a channel-of-recovery, serving citizens struggling with unemployment across the world. Also, a report by the New York Times stated that Reddit came to the rescue of the unemployed through r/unemployment, a forum that came as a savior when the government failed to do their job.

Unemployment Rates in the US

The economic downturn caused by the coronavirus has burst the cool of everyone as unemployment rates never stopped surging since then. In every nook and corner of the world, there’s this ubiquity of unemployment, recording the highest ever job losses than it happened during the great recession period. According to Pew Research, the unemployment rate in the United States touched 20.2 million, which is 13 percent in May 2020 against 6.2 million in February 2020. The unemployment inclination is greater among women, employees without any holding degree, Asian Americans, etc. At least 1 in 5 Black, Asian, Hispanic workers, 1 in 5 immigrants, and 1 in 4 young adult workers of ages between 16 to 24, were likely unemployed in May 2020. 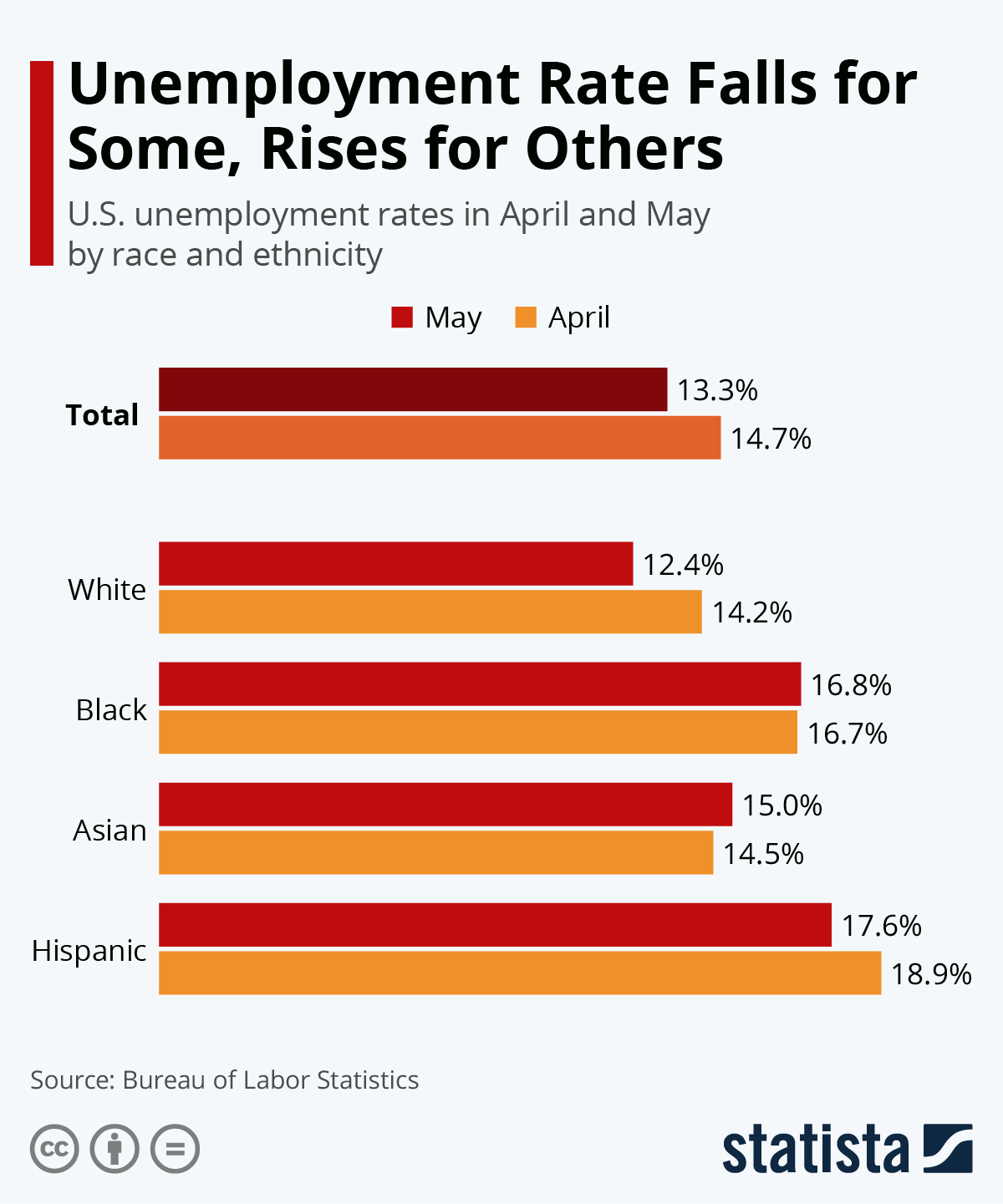 Currently, there is not much momentum in the unemployment cuts in the  United States, as President Joe Biden remarked that, “We have more than 10 million people out of work, 4 million people have been out of work for 6 months or longer, and 2.5 million women have been driven from the workforce. 15 million Americans are behind in their rental payments. 24 million adults and 12 million children literally don’t have enough food to eat.” He also added, “These aren’t Democrats or Republicans — they’re Americans.  And they’re suffering.

During such a significant effect on unemployment in the states, with the center busy handling the virus tensions and vaccine development, and bureaucratic mess around, job seekers turned their heads to Reddit forum [r/Unemployment] for help instead. A forum, which at once was hardly filled with 10 posts a day swelled to 1000 posts in April and May 2020. It has become a haven of solidarity for despair filled jobless people. Recently, a redditor from California wrote, “Sometimes I feel so alone and forgotten but then I come here and I know that I’m not alone so I am so very thankful for the r/unemployment.”

Another redditor from California wrote, “After almost 4 months of no payments, I finally got my back pay tonight. I cried tears of joy. So like many of you, my payments were stuck on PENDING. I had no idea what to do and every time I called I had to wait hours before eventually getting disconnected or hung up on. But then, I found this subreddit and immediately I was able to find resources that helped me get on the right track. Here was my problem.”

There are series of similar posts on Reddit under the same subreddit forum, where people are helping each other by discussing their unemployment problems, claims and benefits, etc. Currently, there are over 73.6K Redditors on the forum along with 1.8K people filling in for the claims. People who have queries or trouble in getting their unemployment insurance claims write their questions for someone to answer or suggest a way out of the hassle.

A lot has happened over the last one year, and with the current pace Reddit is moving forward, there’s a certainty in turning the platform as a hotline for connecting with people to solve their doubts or assist at the time of their need. According to the report from the Labor Department, the unemployment in the U.S which recorded 861,000 in the second week of February has rallied up by 13,000 more in the following week. On Feb 19, 2021, the House of Representatives released a report for the American Rescue Plan Act of 2021 as a part of COVID relief fund to support workers, families, small businesses, and communities across the country during this economic crisis. “This reconciliation bill is the next step toward implementing the American Rescue Plan and finally changing the direction of these crises,” said Chairman Yarmuth.

Besides, the current situation is out of hands in many countries with millions of people still out of work and piled up applicants in line for insurance benefits kept on rising day-by-day. To come in aid to the sufferers of this pandemic and as a part of the federal stimulus package, the extension of federal pandemic unemployment compensation provision read: “For weeks of unemployment ending after March 14, 2021, and ending on or before August 29, 2021, $400.’’

So, the people who know the system operations very well have joined Reddit to rescue others by answering their questions. From explaining benefits to insurance claims to the completion time of the process, Reddit became a one-stop solution for the “currently out-of-work individuals.” While the increase in the number of applications for checking and verification to receive the benefits has increased, there were unlikely apprehensions on the ongoing support to the families in receiving their claims. To wipe out the doubts in the minds of the public, Leader Chuck Schumer has drafted a letter to the Senate Democratic Caucus. The House is all set to make a statement as soon as possible by 14 March.