Coronavirus gave a really hard time to the economies of the nations, especially to the U.S. With more than 548,359 deaths in the country, the economy of the country plummeted drastically to the record low. However, according to the report by Goldman Sachs, the blue days are soon to beat their retreat from the United States.

In a series of predictions by Goldman Sachs for economic growth and jobs, economists have positive news for people hoping for financial recovery in the market. The Goldman economists team led by Jan Hatzius in the Federal Reserve policymakers meeting made the prediction that the US economy is set to grow by 8 percent in the fourth quarter of the financial year 2020 as compared to quarter four of 2019.

Not just this, the economists also forecasted a 4 percent decrease in the unemployment rate by the end of 2021. The month of February touched the mark of 6.5 percent unemployment rate which will drop down to 3.5 percent next year in the same period. This figure is further projected to fall down to 3.2 percent in 2023.

Goldman Sachs on US Economy: The Recession won’t last 2021

Thumbs Up by Economists For Bullish Market Ahead

To further even out the toll that Covid-19 led pandemic took on the people, experts have also eliminated the possibility of inflation in the coming months. In a statement, Goldman Sachs economists said, “But we expect inflation dynamics to mirror those last cycle, and therefore expect this forecast to translate to only 2.1 percent core PCE inflation in 2023.” 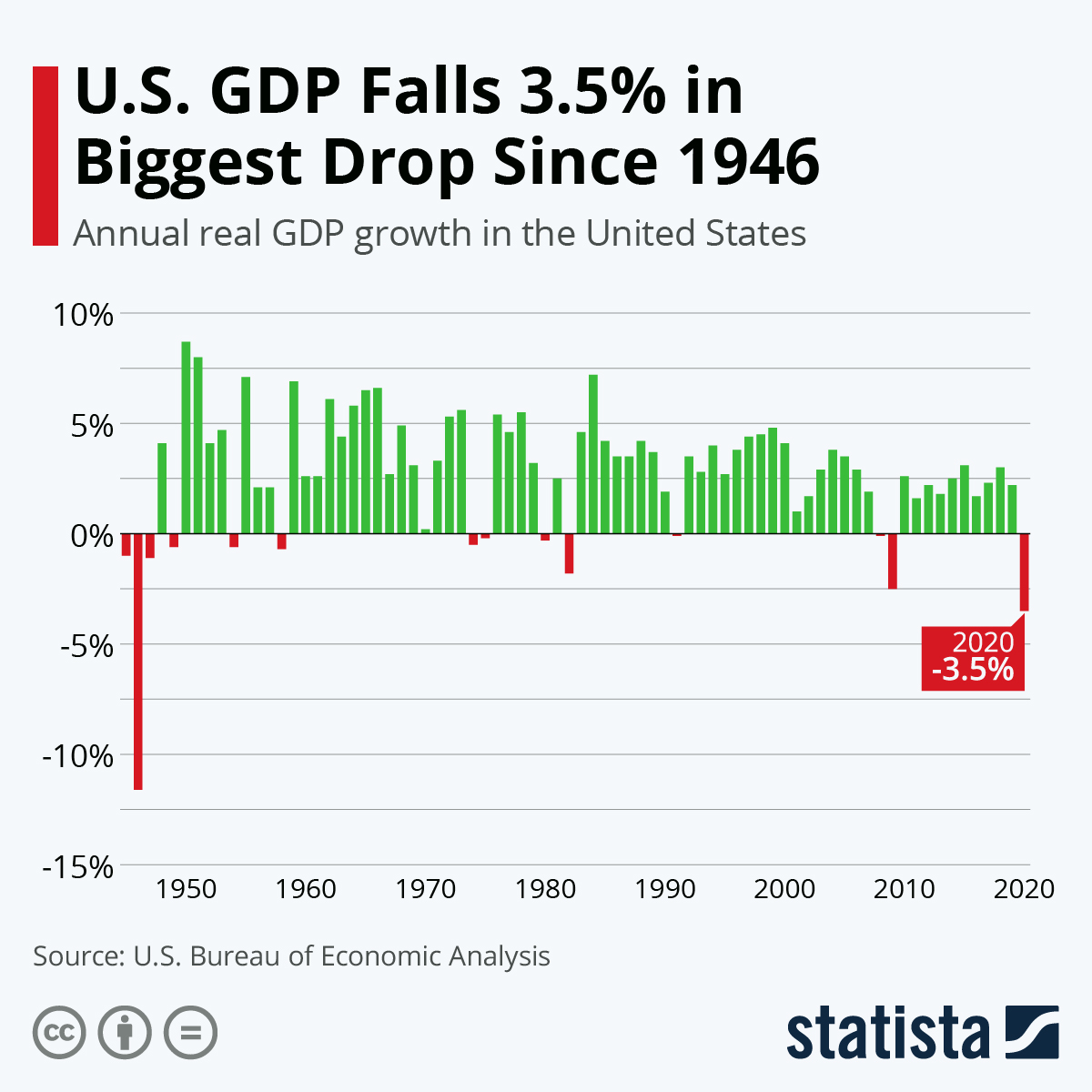 With the prediction of an 8 percent growth rate of the US economy, the GDP of the nation is estimated to touch the mark of $22.6 trillion in the coming financial year. This will mark the overall comeback of the economy damaged by the pandemic. The figure is historic because the last time GDP of the US touched the 8 percent growth mark was in 1965.

Earlier, Goldman had predicted the growth percentage at 6.6 percent for 2021. However, the Covid-19 relief package introduced by the Biden administration has injected further expectations in the new financial year. If US realizes the employment projections made by the bank, the growth of jobs would the highest in the 50 years with the unemployment rate of 3.5 percent. The bank made these estimates about job injections after the stimulus package by the Joe Biden administration. Biden effect clearly seems to be working, according to Goldman.

Education jobs to bring a rebound

One of the worst affected sectors during the pandemic was education among others. These jobs linked to shut schools fall majorly under the jurisdiction of state and local governments. Local and state government lost a whooping 1.3 million jobs during the 2020 pandemic.

During the past financial crisis, Washington made a severe mistake of ignoring the recovery of state and local government. This led to a prolonged recovery. However, learning from past mistakes, the government has approved as many as $800 billion for state government education funds. This attention of the government in the fine granular detail is set to bring back the lost school jobs by September.

Goldman Sachs optimistic in contrast with current state of US economy

Related: Aon Warning: Don’t Expect A Bigger Pay Hike Than This In 2021

What we learn from Goldman Sachs’ predictions in a nutshell?