A sudden interest of global players in India’s not-penetrated retail sector and Reliance’s mammoth presence across the country are not a coincidence.

Over the last few weeks, Mukesh Ambani-led Reliance Retail has managed to attract big-ticket investments from global IT giants like Facebook and Google and it is speculated to be holding talks with Amazon and Walmart. The global IT giants’ big-ticket investments are made as Reliance is all set to capitalize on a huge un-penetrated retail market in India. Starting from Qualcomm and Intel to Google and Facebook, the Jio platform has maintained to be valued above Rs 4.5 lakh crore.

Reliance’s international image got a boost when it officially declared its partnership with Google and Facebook. Its Chairman, Mukesh Ambani, declared that Google invested Rs 33,737 crore for a 7.7% stake in Jio platforms, and Facebook bought 9.9% stake in the ambitious digital platform.

After two mega-deals with Facebook and Google, Mukesh Ambani’s Reliance is eyeing partnerships with the Global e-commerce leader, Amazon Inc and Walmart. As per the report, Mukesh Ambani is willing to sell a whopping 40% stake in Reliance Retail Ventures Ltd. at $20 billion. Though Reliance has officially negated any such developments, it could have been one of the biggest deals of current times. The day Bloomberg broke the news, Reliance Industries Limited shares saw a 7.1% hike on the Bombay Stock Exchange.

Earlier, there were a few stories of Reliance willing to sell minority stakes to Walmart. According to a report, Reliance was in talks with the U.S. retail giant, Walmart, for investment. This story is yet to be verified by Reliance officially.

Nevertheless, whether the reports are true or based on rumors, one curious question persists – why exactly is there a surge in the interest of international biggies in Reliance’s retail dreams? The answer lies in in the details of Reliance’s present and potential future.

A Goldman Sachs report suggests that India’s e-commerce industry is likely to touch $99 billion in size, whereas the online commerce penetration may double to 11% over the next four years. The growth rate in the e-commerce industry may get higher than the U.S., China, Britain, Brazil, and Europe industries. This enormous potential of the Indian market is what attracting international biggies here.

However, not everything is related to India’s potential. Being a small player globally, Reliance Retail offers one of the highest enterprise value to EBITDA (earnings before interest, taxes, depreciation, and amortization) ratios. Reliance’s EV/EBITDA ratio is double of Walmart’s and triple of Tesco’s. 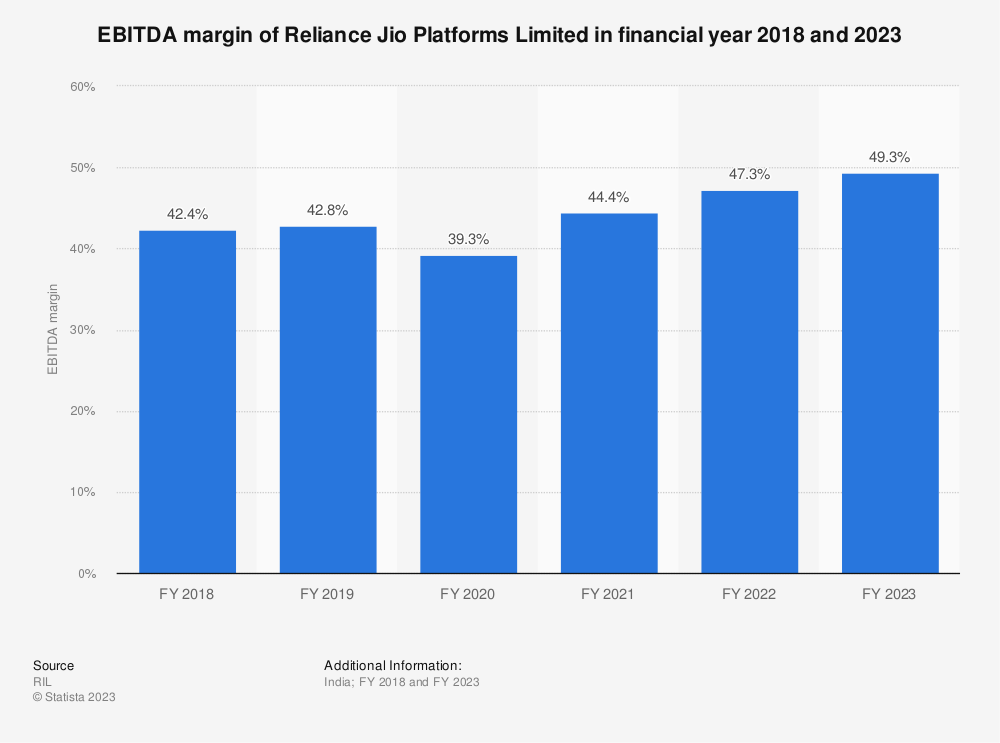 Arvind Singhal, Chairman and MD of consulting firm Technopak explains why Indian firms enjoy a high EV/EBITDA ratio, narrowing it down to two factors. The first is investors’ perception of India’s major growth potential in consumer products compared to mature markets where consumers spend less on merchandise and more on services. “Retailers like Tesco or Walmart they have to grow by taking a share of the market from someone. The demography of India is such that people will spend on merchandise consumption; therefore, you can support higher multiples,” explains Singhal. He also believes that Reliance Retail, being a part of the conglomerate, will have a certain edge over its counterparts which further attracts global investors.

Another reason behind the bullish outlook about Reliance Retail is the promoter Mukesh Ambani’s omnipresence in the market. Reliance Industries Limited, a vertically structured conglomerate, has its presence everywhere, with major expansion and consolidation in the last few years, starting from physical Jewelry stores to Online medicine delivery business. Here are some businesses that reside under the shades of Reliance Retail:

Education- B. Com (Accountancy and Business Economics), Fakir Mohan University, Odisha. Amit covers business and economic news for DKODING Media Inc. He is a keen observer of developments in the Indian as well as the global macroeconomic sphere. He has a long experience of working for media houses specialized in cryptocurrencies and blockchain technology.

COVID-19 Jobs Tracker: A To Z Of Getting Hired During The Pandemic