Andy Jassy or Dave Clark? Who will lead Amazon.com, Inc. after Jeff Bezos steps down as its CEO is a speculation that has already started friendly betting pools in business circles.

It’s a question that hasn’t come to the fore suddenly. The debate around the new Amazon boss started when Jeff Wilke shocked everyone announcing he would retire from top position of Amazon’s consumer business in early 2021. Bezos has never given any indication about his retirement and he is rebranding the company in wake of coronavirus pandemic, but Wilke had long been seen as his natural successor. It was like a tacit understanding among the company’s top echelons that Wilke will one day hold the reins of the company.

But with Wilke’s departure due in a few months, assumptions for Bezos’ successor are rife. Two names that are making rounds as Jeff Bezos’ probable heir at Amazon are Dave Clark, the man who replaced Wilke as a senior vice president of retail operations, and Andy Jassy, the head of Amazon Web Service (AWS) and the cloud computing business.

Just recently named Amazon’s new retail CEO, Clark’s genius and his contribution to Amazon isn’t well-known. He joined the company in 1999 and in a few years laid the foundation of Amazon’s current delivery business. The 47-year-old became logistics chief in 2013 and took Amazon to a level where it delivered 46% of US’ packages, purchased from its platforms, last year. He was the brain behind Amazon’s $775 million acquisition of robot-making Kiva systems. The acquisition changed the face of warehouses as the company operated some 200,000 robots by December 2019.

His tendency to spot and fire workers slacking on the job is rated high in the company. Known as ‘The Sniper’ for his attention to detail and tough management style, Clark makes sure that all Amazon packages reach on time and workers stay safe. He is part of Bezos’ core team and Amazon posting biggest profit ever in 2020 Q2 also goes in Clark’s favor. He is replacing a person (Wilke), who has forever been the second-in-command to Bezos. This also highlights Clark’s importance to the world’s richest man.

Dave Clark is called ‘The Sniper’ for his attention to detail and tough management style.

However, Amazon’s e-retail business has faced its own challenges during the ongoing COVID-19 pandemic and it weakens Clark’s claim to the top position. As coronavirus gripped the US early this year, the company was blamed for delay in deliveries, out-of-stock items and ignoring safety of Amazon workers who complained of grueling conditions at warehouses.

Watch: Amazon Workers speak out about the Warehouse Experience during COVID-19

These factors in tandem resulted many of the US consumers moving to retailers like Walmart and Target. Amazon registered record profit in 2020 Q2 but its share of US e-commerce fell to 38.5%. in June from 42.1% in January. In present scenario, subscribers of Prime service are not getting their deliveries in a day or two and it looks impossible that Amazon will recollect resources to cut down on delay in near future. Such factors make Clark’s job difficult. He is about to take over Amazon’s retail business when challenges are aplenty and solutions are limited. Wearing so many hats at a time when he also has to streamline his original business will be an uphill task.

Though Amazon is primarily an e-retailer company and its main revenue also comes from there, it has over the years consolidated itself as world’s leading cloud computing firm. With 33% share in cloud computing business, Amazon is way ahead of Microsoft Azure’s 18% and Google Cloud Platform’s 19% shares in the global market. While Amazon’s e-retail business is struggling to maintain its stature due to COVID-19 restrictions, the cloud computing business has witnessed significant growth in the same time. 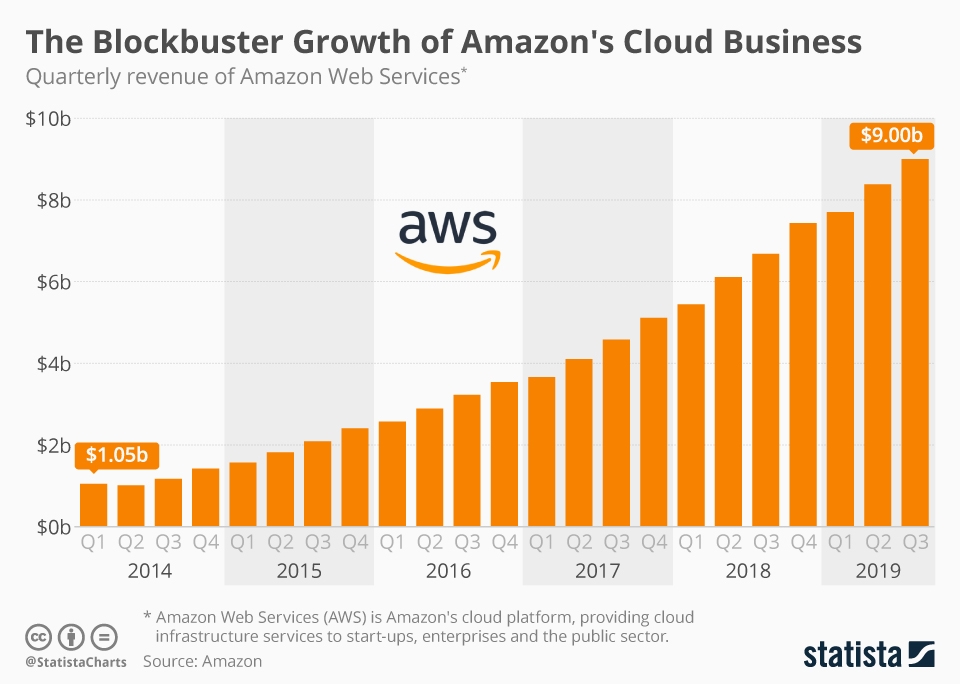 AWS’s spike is mainly due to the work-from-home concept and more companies moving towards securing data. Amazon Prime Video subscriptions also reached a record high during the pandemic. Amazon’s cloud computing system is in a unique situation where it accounted for just 12% of the company’s sales, but AWS generated 64% of Amazon’s total business in Q2.

Since cloud computing is the next big thing in a world full of data and it also provides Amazon a leading position other than its main business, there is a strong possibility that Jassy could be seen as better suited to become the next top boss of the company. Moreover, the new world order hasn’t forced as many challenges in his original business as it has for Clark. Jassy also has a chance to build cloud computing further and transform it into Amazon’s main business.

Jassy’s claim is tough to ignore

If we go about Amazon’s dominance in e-retail market and share of profitability, Clark is a clear winner to succeed as Jeff Bezos’ heir. Nevertheless, with the pandemic changing how future resilience for businesses is seen, Jassy may have developed an edge over Clark. Bezos knows he needs to reset his priorities and take unconventional decisions to foresee how Amazon will keep dominating its markets. One of them could be the passing on the baton to Andy Jassy.

Zomato's IPO Is Not Good But Great News For Swiggy

What You Should Know About Interups Inc. — The US Company Set To Buy Air India